10 Mixing Lies You Shouldn’t Tell Yourself 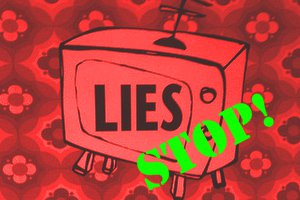 There are times when you didn’t learn the right way to mix a vocal or an instrument or a band.  That’s ok.  You learned.  You moved on.  But then there are the lies you tell yourself over and over.  You don’t learn.  You can’t move on.  Your work suffers.  WAKE UP!*

*Any judgment on my part is because I’ve believed some myself.  I don’t live in a glass house…at least not any more.

#1: I can always boost the volume.

The singer is moving the microphone from their lips to their stomach and then somewhere in between.  Poor microphone usage techniques cannot be overcome by boosting the volume and accompanying massive fader riding.  You must talk with the singer or go through the worship leader so they can be trained in proper microphone usage.  And you know you can only boost a volume so much until their volume either feeds back or their mic is just too far away from their mouth.  Spend the time, all of two minutes, and show them how to hold the microphone.

#2: I can cover up the problem with reverb.

Reverb isn’t for masking audio problems…not entirely.  Before you bring in any type of audio effect such as reverb or delay, fix the frequency problems with some EQ work.  Otherwise, you are only “reverbing”  those bad frequencies.

Similar to #3, you believe your knowledge and experience trumps everyone else.  Some of my best mixing techniques came from hearing the question, “do you mind if I show you a few tips on mixing this band” and giving a response of “yes.”

I’m not saying you have to accept what everyone says.  We know everyone has their opinion about mixing but you do have to be willing to listen because you will learn something.

#5: Compressors can’t do that.

Let’s ask this question, “do you know what your equipment is capable of doing?”  Are you sure about that?  I recall having a discussion with a couple of techs about a problem that had occurred when some people had “borrowed” the sanctuary for use for an event with a band.  Apparently, they had a really odd audio problem where all sorts of bad audio was coming out of the system – weird feedback, odd sounds and all.  Three of us were standing around talking about it, discussing the possible problems because we learned the gain structure was set properly, and two of us said it sounded like the compressor settings were messed up. (In fact, we learned they were).  Another guy looked at us like we were idiots and said “a compressor can’t do that.”

Don’t be close minded about what your equipment can or can’t do, especially when something is going wrong.

#6: It sounds this bad because our equipment stinks.

Ask any guitarist and I’ll bet they’ve heard a story where some old man or some rock star walks into a music store, picks up the cheapest “worst-sounding” guitar, and makes it sing like never before.  And there is something to be learned of these stories…it’s not the equipment; it’s the person playing it.

I’ve guest-mixed for churches and a few times heard the words, “wow, it’s never sounded that good.”  On an old Mackie.  On an old Peavey, on an old…you get the idea.  If you have bought into the lie that your sound can’t get any better because of the quality of your equipment then you have probably stopped trying to do your best.  Yes, some of it can be the equipment but usually it’s you.

Go! Get out!  Eh, just kidding.  Louder is not always better because, taking a point from a recent conference, volume is like temperature.  Everyone has their ideal temperature.  And it’s not the same for everyone and so it is with the house volume.  If you are saying “louder is better,” then at what point is it too loud?  Oh, it’s whatever you think is too loud?  What about the people in the congregation, do they get any say in this?

“More bass!”  “I love bass!”  “More keyboards!”  “My son plays keys and he should be heard.”  Sounds a bit silly now, doesn’t it?  Remember you are mixing for a group of people so they can fully be involved in worshipping our Lord and Creator.  Mix in the style they like.  Don’t believe you can mix how you like and everyone benefits from that.  If it so happens your mix styles meets up with their mix needs, then great.  Otherwise, mix for them, not for yourself.

#9:  Only boost frequencies that would benefit the mix and don’t cut anything.

It’s not that boosting is bad, it’s that you’ll find achieving a good sound often comes by first cutting out the bad frequencies and cutting back on the energy of the frequencies that aren’t beneficial to your sound.  You don’t grow a great garden by ignoring the weeds and planting more flowers.  You grow a great garden by getting rid of the weeds so the plants can grow on their own.

#10: Finish this by adding another audio lie in the comment section below.  What have you believed or what have you seen others believe?