10 Things No One Tells You About Church Audio. One of Them Still Drives Me Crazy. 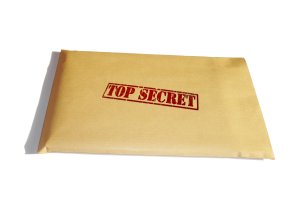 The stuff you should have seen before you started.
Photo by spekulator.

Once the initial excitement of working in audio production wears off, it leaves one with a few unfortunate realizations.  I’m not saying audio work stops being fun.  I’ve been doing this for a long time and I still have fun.  I only wish someone would have cracked open the secret envelop and let me see the truth before being up to my knees in XLR cables.

This post reveals these “secrets.”  At the end, I’ll explain what can be done so everyone is back to having fun, albeit a lot wiser.

What They Don’t Tell You About Church Audio

If it can break, blow up, catch fire, power down, or in any way outright fail at the worst time possible, it will.  I’ve had a mixer blow a fuse.  Just last week a wireless mic battery failed mid-service for no apparent reason.  Green light to DEAD – no red warning light in between.

2. Audio Production is hard work and mixing is only part of it.

For some, this is a big revelation.  Mixing is only a part of audio production.  Stage setup, battery replacement, and cable maintenance are all part of the job.  And if that’s not enough, see point #1. Oh, did I mention it requires working with people!?! (only sort of a joke for some of us)

Mixing isn’t always easy.  For example, the church has two guitarists and a singer.  That’s all they’ve had for years.  Next weekend, they will have their first full-size worship team.  Time for a new mixing strategy.  This isn’t impossible but it does require learning amp miking, drum miking, and a new way of mixing.

3. It requires your A-game AND there are distractions

Live audio is no place for slacking.  Once, from the pulpit, a pastor called my name TWICE before I snapped out of a daydream.  Talk about embarrassing.  Focus is crucial.

Live audio is no place for slacking. [tweet this]

Distractions will come.  During a service I’ve have congregants ask me questions. I’ve had to fix a video production issue.  I even had someone complain about the volume DURING a worship set.  The sound booth is not a place free from distractions.

There are days when the band is great and the mix is great and everything seems perfect.  Yet, not everyone is worshiping and praising God.  Good audio production helps create an environment conducive for worship.  That’s all it can do.

5. Converting the worship leader’s vision to a mix is crazy important

The worship leader (and the team) spends time picking songs and setting the arrangement.  Many times, they have a vision for a song’s style or keep to their own style.  They set a vision for what the congregation should experience and the sound tech has the final control over that vision.

There are limits to what can be done with the given equipment.  And three singers with harmonicas can’t sound like Hillsong.  But when the worship leader presents an attainable vision, it’s up to us to make it happen.

6. People talk during the music. (DRIVES ME CRAZY)

Sitting in the sound booth gives one the ability to watch people.  Watch who comes in late and who leaves early.  Watch who is texting, playing Candy Crush, or checking Facebook.  Watch the talkers.  Sometimes, they are close enough to be heard.  The band is playing, people are worshipping, and then a Mr. or Mrs. decides it’s time to talk.

I don’t mean, “don’t forget to call your mother.”  I mean, “I’m not sure what we should do for lunch today.  I was thinking about seafood but then Bill doesn’t like seafood and then Marge, remember Marge?  Anyway, she had that outpatient thing last week and that reminds me, did you make an appointment with your endocrinologist?  If not, it’s ok because when I stop by the bank on Monday I can… blah blah and blah.”

Some people just don’t get it.

7. You’ll hit a growth plateau and that’s when the real work begins.

Diving into audio production and learning as much as possible, the immediate return on effort is great.  A comparison of your first mix to your tenth mix is like night and day.

But the 20th sounds much like the 10th.  Another person mixes the same band in the same room and it’s noticeably better.  What’s up with that?  Welcome to the plateau.

After learning mixing fundamentals, taking a mix further up the quality scale requires intensive study and practice.  This is where the real work begins.  It’s what separates the great from the good.

Live audio production is stressful.  The schedule changes.  Things break.  Personalities clash.  And, there are no do-overs.  IT’S LIVE, BABY!

There will be days you want to walk out the door.  Most every professional live engineer I’ve met has had such a moment.  But they didn’t walk.  Now, they are touring with top musicians and are highly respected amongst their peers.  It can be stressful, but that comes with the job.

9. Compliments are not the norm.

For anyone who needs regular compliments, look for a different line of work.  The band and the pastor hear the majority of compliments.  It doesn’t matter if the sound booth was glowing with awesomeness, the production team typically doesn’t get the credit.

10. It’s disgusting (someone has to clean those)

Parts of every job are undesirable. I love working with the musicians.  I don’t love cleaning out ear wax from their in-ear monitors.  But if given a choice between working a desk job and working in live audio (dirty work and all), I’d pick the latter every time.

What to Do About It

1. Study the system and make plans

Trace the signal flow through the equipment; from the stage through to the house speakers.  Make a log of equipment settings – equipment gets bumped or “played with.”

Create plans for dealing with worst-case scenarios.  By knowing the system and what could happen, you’ll be prepared when it does happen.

Church audio production is about working as a team with the pastor, the worship leader, and the musicians to present God’s word to the congregation and lead them in worship.  Mixing the house sound is important but so is supporting the musicians and meeting their needs.  The production work isn’t about mixing, it’s about offering up a gift to God and the congregation.

There are two types of distractions; those needing immediate attention and those that can wait.  Let’s look at the latter.  Questions from a congregant right before the service, or during the service, can be answered with a quick reply or the statement, “ask me after the service when I have more time.”  Smile when saying it.  Beware of how the distractions make you feel.  Watch what you say – you may later regret it.

A great mix doesn’t guarantee a great worship experience but the flip side is really cool; a great worship time doesn’t depend on a great mix.  I recalling a service when my mix could have been better (it sounded a bit off to me).  After the service, I heard someone say how great the band sounded and how much they enjoyed the worship time.  Where the Spirit of the Lord is, there will be worship, regardless of the level of production.

Become the person who can make a vision a reality.

6. Not every person loves corporate worship.

That’s a cold hard truth I wish wasn’t so.  Don’t take their lack of participation as a judgment on the audio production.  And for the talkers…I don’t have much of an answer.  If it’s anyone you know, consider dropping them a friendly email of encouragement filled with…

7. Plan on deeper study of mixing.

May every mix be better than the last.  This isn’t to say the last mix was bad.  It’s to say audio production is a craft and a good craftsman will hone their skills.

If you are struggling with the fundamentals of audio production, I encourage you to pick up a copy of Audio Essentials for Church Sound.

Know what’s out of your control.  Learn for your mistakes.  Know that small mistakes are usually forgotten.  Find a mentor or fellow tech for post-service debriefing and venting.

“Whatever you do, work heartily, as for the Lord and not for men, knowing that from the Lord you will receive the inheritance as your reward. You are serving the Lord Christ.”

10. Know the outcome is a result, in part, of the grunt work.

It took over 3,000 people 410 days to build the Empire State Building.  This includes installation of approximately 17 million feet of telephone wire.  Walking into the finished building would reveal beautiful carpeting and newly painted walls.  What’s under the carpeting?  Subflooring.  What’s behind the paint?  Drywall and metal.

What did I miss?

What do you wish someone would have told you? What resources would help other people reading this?