The 4 Fundamentals of Mixing Music 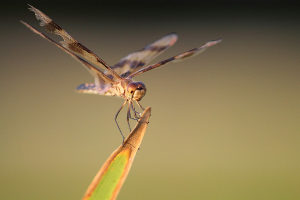 I stole this idea from a photography class from Ming Thein.  There are four fundamentals of photography that so closely resemble the requirements of a music mix, I couldn’t help but notice it.

Hopefully, my photograph of a dragonfly is a good example.  Free photography lesson aside, this is so much like creating a good music mix.

The mix has to have depth.  A common mistake I’ve heard is “all channels at the same volume.”  One might say the mix is two-dimensional.  Nothing stands out.

A good music mix is three-dimensional with instruments pushed to the back and pulled to the front.  Backing vocals might sit behind the lead vocal.  The lead guitar stands in front of the bass.  All depending on the song arrangement of course.  But the mix has dimension. That’s the important piece.

Dimension is added through differences in volume, EQ, and effects.

The subjects are the major roles in the song.  Without them, the song lacks something key to its essence.

Subjects are pulled to the front of the mix with volume or in some cases, a competing instrument is pushed back.

Composition is dimension plus subjects and then some.  The subjects tell you which channels are in the front of the three-dimensional mix and how all channels are related.

What better place to talk composition than classical music?  That’s a rhetorical question.

Going back to 1984 (a year I oft return), a movie about Wolfgang Amadeus Mozart showed a fictional account of the relationship between Antonio Salieri and Mozart.

Salieri reflects on a particular score from Mozart:

“On the page it looked nothing. The beginning simple, almost comic. Just a pulse. Bassoons and basset horns, like a rusty squeezebox. And then suddenly, high above it, an oboe. A single note, hanging there, unwavering. Until a clarinet took over and sweetened it into a phrase of such delight! This was no composition by a performing monkey! This was a music I’d never heard. Filled with such longing, such unfulfillable longing, it had me trembling. It seemed to me that I was hearing the voice of God.”

Dimension is about creating a 3D mix but composition tells you where to place the instruments and vocals in that 3D space. This is why I encourage people new to mixing or mixing new songs to listen to the original recordings of the songs so they can make composition notes that tell them what goes where (and if/how effects are used to accomplish it).

Make sure you wear a black shirt when mixing.  Ok, it’s not THAT type of style of I’m talking about.  I’m talking about creating a mix that mimics or best-reflects the sound desired by the worship leader or the bands’ “defined sound.”

Is the band acoustic-drive?  Pop/rock? What is their style of music?  Heck, I’ve heard a Christian punk/rock band that was outrageously loud (too loud, in fact) but their mix dimension, subjects, and composition was amazingly tight.

Do you have a lead singer an acoustic guitar, and a piano?  How do you think that should sound?  Definitely not like a rock bad.

Style target defines how you mix and what you do with effects.

Going even further, I’ve mixed contemporary bands for two churches of similar size but because one band used a keyboard as the primary lead instrument for every song, I had to mix them differently.

We do three services each weekend with the same format, same songs, etc.  One Saturday and two Sunday.  And while I can hit the mix the majority of the time, I’ve had a couple times when the next day the worship leader politely said I needed to boost or lower something.  In other words, I wasn’t hitting the target.

For a little fun (and because I love this picture from a recent vacation), apply the 4 fundamental mixing rules to this photo.  Is there dimension?  Is the subject obvious? Does the composition work?  What style is it in? Think of it like this; in what type of magazine would you expect to find it? 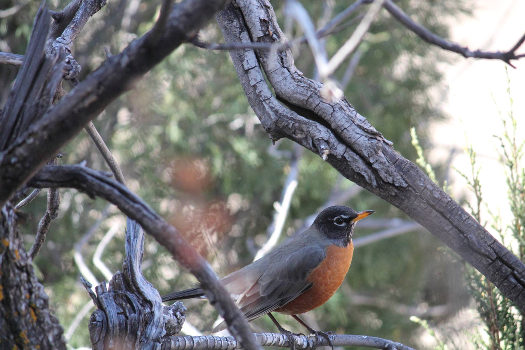 For a quick recap, the 4 fundamentals of mixing music are:

As you begin your next mixing session, consider these four areas when making any mix changes.

The Next Step
This is a lot to consider the next time you’re mixing. To get the MOST time possible for mixing while using these 4 areas, check out this post: