When Audio Disasters Happen: The Four Steps to Follow 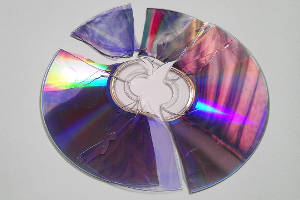 Disaster strikes and it’s usually during the service. In the early days, I panicked.  Now, I use a four-step plan that serves me well.  As a quick note, if you’ve NEVER experienced a production problem, your time is coming.  Refer to the recent Grammy Awards to see what I mean!

I have to confess, there might be a select few of you who find these steps familiar.  I’ll cover that at the end.

Relax, Look Around, Plan, and Execute.

HOW CAN I RELAX WHEN EVERYONE IS LOOKING AT ME?

Mental clarity is the number one weapon in problem-solving during tense situations.  And it doesn’t come from freaking out or trying to direct blame.  It comes when you allow yourself that moment to take a breath and remember you’re a skilled audio tech and there is a logical solution to the problem.

Some situations, like feedback, can be dealt with so quickly that you jump from relax to execute because you already have a plan.  You know it could be a gain problem or an EQ problem or, worse case scenario, the musician is holding the microphone directly in front of a monitor – like when they drop their arms to their side.  The more contingency plans you have, the easier it is to relax and the faster the time to execute.

Gather enough information from what you hear and see to make a plan.  Don’t forget to look at the stage as there are plenty of indicators of what might be the problem, such as a singer holding a wired microphone without a cable running into it.

As a tip, follow the signal from console to stage to determine where the problem could be.  If the house sound for all channels is having a problem, check out the amps and work backward from there.

It’s just like mixing, if you know a frequency cut needs to be made in the low end, you reach for the low end EQ to make the changes. That was a plan, albeit a short one.  But if you grab the mid-range and start moving it around in hopes of making the channel sound better, that’s not a plan at all.

Let’s take a problem I experienced at Christmas.  The pastor’s microphone started crackling whenever he’d turn his body just a little.  I took a breath, checked the LED display for his channel and confirmed all other channels were muted.  Then I checked the transmitter for a signal.  The channel signal and receiver signal were both showing the same problem, a spiking signal every time it cracked, but I also noticed the receiver was losing connection with the wireless microphone.  So I made a plan that should work with minimal impact to the service.  That last point is important.

This is where uncertainty creeps in.  What if the plan doesn’t work?  What if it makes it worse?  These are possibilities.  However, the more you know your system, how everything works together, and the more you think through the plan, the higher degree of success you’ll have.

What about those times when the first plan doesn’t work? Come up with a new plan and execute that one.  You might not have thirty minutes to examine the system for a problem, but you’d be surprised at what you can do in under 30 seconds, sometimes sooner.  For those of us who have been doing this long enough, it could easily be under 5 seconds.  Regardless, I know it feels like an eternity!

If All Else Fails

You always need a backup plan.  If the first two plans don’t work, the third option has to work.  It’s likely not optimal but it will be enough to get through a service.  For example, a wireless problem occurs with a microphone so you try another wireless only to find the same problem occurs, so the person gets a wired microphone.

I’ve had a time when the best option was to do nothing until after the service because the distraction in fixing the problem would have had a far greater impact to the service. For example, when a backing instrument stops sending a signal during the last music set.  This is why it helps to have plans for when things fail, not if they fail.

Being pro-active by planning for problems will decrease the time from Relax to Execute and improve your success rate.  A simple fix might only take 3 or 4 seconds from when you notice it until when you fix it.  The more difficult problems will take longer.  It’s also important to be pro-active not only with planning but doing things like testing cables every month.

And if you’re curious about where these four steps came from, I tip my hat to Jocko Willink, retired US Navy SEAL Commander.  It’s taught as part of the SEAL leadership training program.  Leadership skills are taught in many places and I find the best are taught by people who have had their boots on the ground. Check out Extreme Ownership if you’re interested.

List out the potential audio problems possible during your next service. Next, write out plans for dealing with each one. And list a second option for each. Create this list and you’ll be prepared for whatever problems are thrown at you. And that means you’ll be better and faster when you Relax, Look Around, Plan, and EXECUTE!

​Get the FREE ​Soundcheck Checklist

​Grab the FREE 2-page checklist ​for a massively more productive soundcheck.  ​Includes everything from stage work to mixing (and even important communications)!  Also find out what you need to do days before the service.