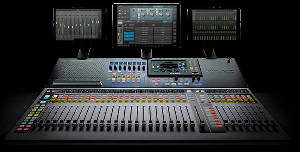 I feel bad for audio techs new to digital mixing.  With analog consoles, every console has the same workflow – start at the top of the channel strip and work your way down. With digital, anything is possible.

The early rounds of affordable digital consoles like the PreSonus StudioLive and the Behringer X32 used a new style of workflow where the channel is selected and a bank of common controls are used – see the photo below.

As the market of sub-$10k mixers has grown, so has the workflow styles such as with the Yamaha TF series. What I see coming out this fall is an indication of the workflow variety and console configurations for years to come.

Are any of the new configurations worth the purchase price?  I have my opinions. 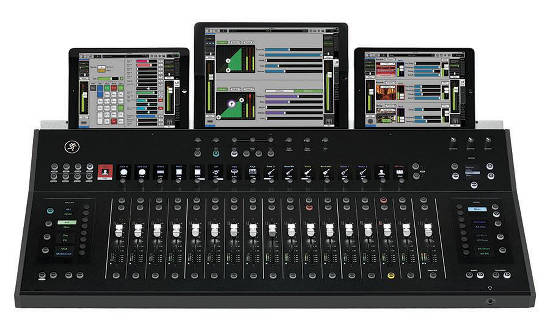 Mackie’s new Axis system requires their Input-Output box, the Axis console surface, and THREE dedicated iPads to see what you’re doing.  Mackie says the benefit with the system is you can grab one of the iPads and instantly start remote mixing.

I attended a demo of it at the WFX conference and then played around with it a bit.  Could I mix with it?  Yes.  Did it have some great features?  Yes.  If I had my choice between it and other consoles within that price range, would I pick it?  Probably not. I’d rather have a console with built-in screens and an optional iPad than one requiring three dedicated iPads.

I do believe Mackie has been making great strides in improving their consoles.  The Axis system has some nice customization features and I appreciate the physical faders and scribble strip display changes per function selected.

New consoles are relying on third party display devices for extending functionality or simply as displays.  Is this good or bad?  The good news is it makes app upgrades easy – as long as each app upgrade process doesn’t require reconfigurations of any kind.  If the software was within the console, it would need upgraded through network or USB connectivity.

The bad news is it’s a third party product and while a recent article interviewing folks from Yamaha, Mackia, and PreSonus showed their customer support covers problems with their apps on these smart devices, you’ve still got a few things to consider like operating system upgrades, wireless networking, and general care and protection of these devices. 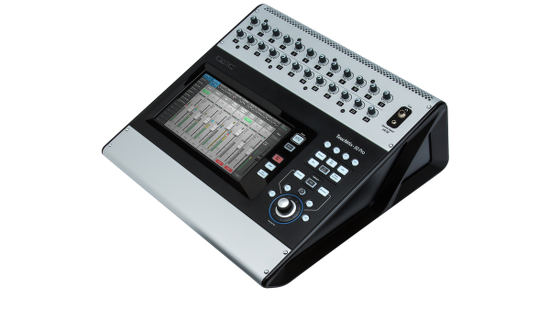 I know a top live audio engineer who keeps QSC Touchmix-16’s as backup mixers as they are small, easy to swap in, and have never failed him. Does it mean I’d grab the 30?  Not so fast.

This is a predominately screen-based console with a handful of buttons. This means to jump to a channel, you have to find the channel and then select it.  No big deal for 8 or 16 channels, but with the Touchmix-30, that’s a number of channel banks to bounce around.

Maybe it’s just me.  I like seeing all my channel faders (and signal levels) at one time.  At least with the Axis system, an iPad can be dedicated to show these.  If I have more than 16 channels, I want physical faders because it makes for faster mixing – select the channel and go.  At least for me. To the benefit of the Touchmix-30, it does have a very small footprint and for some venues, that’s important.  It also has a number of built-in presets, optional iPad interface, and DAW configuration. 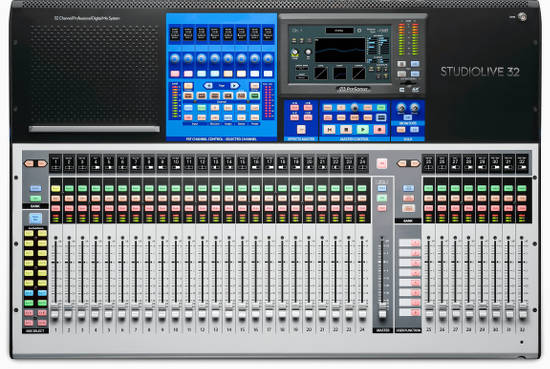 Finally, the last of the three new consoles is the PreSonus StudioLive III with…wait for it…flying faders (which previous versions lacked) and a whole new design.  I see the StudioLive III as a whole new mixer, not an iteration in my opinion, because of so many changes (improvements).  It’s listed on their web site as the StudioLive 32 under the “StudioLive III Series” but there isn’t a 24 or 48 so who know if it’s a sign of things to come.

It uses a similar workflow of the prior models though more tied into their new screen display such as with the X32.  It also has configurable buttons and an OPTIONAL multi-iPad display interface (shown in the image at the top of this article).

Of the three consoles I’ve mentioned so far, the StudioLive III is the most user-friendly console for the general church audio market.

I’ve been around long enough to know equipment that doesn’t work for one person can be perfect for another.  The TouchMix-30 Pro’s small footprint could be perfect for you.  Maybe you’ve got extra iPads laying around so the Mackie Axis system is a cheaper purchase.  You know what your venue needs.