Boosting Confidence and Cutting Worry: How You Can Help Musicians 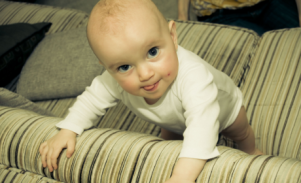 Everyone needs a little boost from time to time. Photo provided by bjearwicke

I couldn’t believe what I was hearing.  The vocalist pulled me aside during the sound check and said, “I think our vocals suck, what do you think?”  She was not making a judgment on my mix, she was talking about herself and the other vocalists.

The worship team for this particular morning was not one of the standard bands.  It was a mishmash of different people who either play/sing in a band or play/sing on occasion.  The band had one problem; they didn’t have a strong lead singer.  And this vocalist recognized that between the three people singing on stage, none of them had that lead vocal quality.

I recognized the problem with the vocals during the sound check.  I usually have a strong lead singer who I can sit on top of the mix and then I blend in other vocals underneath it.  During this sound check, I was starting to worry.

The vocalist said she was even having problems hitting some notes and so she was trying to lay back during some of the lyrics.  Then she said they’d practiced for four hours the day before so her voice was a little rough.

I had three ways I could have deal with this issue;

I picked the last option.  Reflecting on how they had done through the first couple of songs, I felt I could do something with their vocals to make them blend together and use a collective voice…but I simply hadn’t figured out to do it, yet.  They didn’t have a strong lead vocal but they had the desire, the stage experience, the motivation, and good voices!

My response to her was, “The vocals are rough but I believe once the room fills with the congregation, I can get the right sound.  Don’t worry about a thing.  Just sing normally and I will take care of the rest.”

The church service started and after a few minutes, it was time for the musicians to take their places.  The song started and I heard three distinct voices, each with imperfections.  In what I’ll call divine intervention, I started hearing the positive qualities of each voice; the mid-range from her, the mid-range/low-end from him, and the high-end from the other female singer.  A few EQ changes later and there was one collective voice LEADING the congregation.

After the service, the pastor told me the worship team sounded great.  I’ll count that as affirmation that I’d nailed the vocal mix.

Then came the text message a few hours later…

The vocalist texted me these words;

Then came her second message;

This weekend, I polished off a chapter of my upcoming book, Audio Essential for Church Sound.  The chapter was on the purpose of church audio production.  In this chapter, one of the topics I discuss is supporting the musicians.  Looking at it from a technical point of view, there is work like proper monitor mixing and microphone setup.  However, when you know your full role in church audio production, you will see that you also support musicians by giving them confidence when they lack it, by being the calm person when they need it, and by listening when they have concerns.

Along with your purpose, you must know God is using you for the church service.  Not only does He use you for producing a great sound for the congregation, but he will also use you to speak to others and say “it’s going to be ok.”

Question: How have you helped musicians? How else could you help them?