Does Your Church Service Get a Passing Grade? 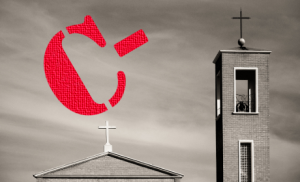 Your church service is only as good as your audio production.

Here, to explain is your “first-time church attendee family.” (FTCAF)

The FTCAF’s husband and father, Bill, talking with a co-worker…

Isn’t the message enough of a reason to stay?

No.  That’s just the truth.  As you can see in the example with Bill, the audio error distract his family from fully engaging in the service as their thoughts are on “what could happen next?”

Take me to your leader

But then there are people who think the message is enough or that audio quality doesn’t matter.  They don’t think the audio quality matters.  The tough part about it…they can be people in leadership.  You might have heard them say;

What has to change?

Let’s first ask the question “what if everything stays the same?”

Therefore, for your church audio quality to be top notch, you need to focus on

Question: have you ever been at a church or event with poor audio production?  How did that affect your time at that church / event?