Why Doesn’t My Mix Sound Right? (What Works for Me) 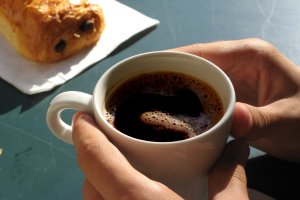 Make your mix good to the last drop.
Photo by Mart1n

“I’ve done this before, I’m not an idiot,” I thought while making the third pot of coffee in three minutes.  The first time, I put in the coffee grounds but forgot the filter.  The second time, I’d rather not publicly discuss.  Let’s just say hot water sans coffee.  I’ve made hundreds of pots of coffee, usually while barely awake.  Why was this moment different?

Similar to making coffee, mixing can become second nature; set the gain, blend the volumes, blend vocals, clean up an instrument’s signal, etc.  But then it happens.  Mixing the same song for the 10th time, with the same band, with the same arrangement, wearing the same lucky socks, and the mix doesn’t come together.  I’ve been there, without the lucky socks.

WHY DOESN’T MY MIX SOUND GOOD?

There are two paths to resolving mix conundrums.  Before attempting either, walk out of the sanctuary for five minutes so your ears can re-boot.

The mix may not sound right because of a single channel or multiple channels.  Mute a channel, listen for impact, and then un-mute and move to the next channel.  If the problem is related to a single channel, this method will identify it.

Gates, compressors and other effects can be applied to groups or a board-wide mix.  Turn off these features one at a time.  Listen to the mix difference.

From here, use YOUR standard mixing process.  For example, add in gating before setting channel EQ’s.  Or, set the channel EQ’s and then use gating.  Use your standard process.

Use organized and structured mixing when building a mix.  Random mixing leads to random results. [tweet this]

I work slower when rebuilding a mix and believe that contributes to fixing my original problem.  Like your math teacher said, “go slowly and check your work.”  If they didn’t say that, well, they should have said it.

Sometimes a mix doesn’t come together.  The problem can be a single mis-mixed channel, conflicting channels, group or board-wide problems, or a foundational mixing mistake.  Isolate the potential problem area and listen for a dramatic difference.  Once the area is identified, work on a solution.  If that doesn’t work, rebuild the mix.  Just make sure to first reset your ears by spending five minutes outside the sanctuary, this cannot be emphasized enough.