How to Add a New Instrument Into The Mix 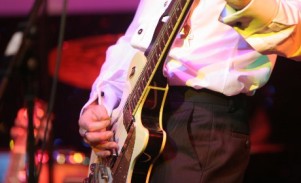 There is a place for all instruments in your mix.Photo provided by bugdog – CCSA

Does your personal music preference match the style of music the congregation likes?  What are you going to do the day the worship band adds their first electric guitar or electric keyboard or whatever instrument you’ve never mixed?

Last Sunday, as I was driving to the church, my daughter reached over to change the radio station.  I subscribe to the belief that “they who are driving control the radio” but that’s not the point I want to make.  It was then I told her my reasoning for listening to certain music before running sound.

That’s a trick I learned a long time ago.  But…I have one other advantage…I like a lot of different genres of music.

The problem occurs when you have been mixing the same band for a long time and the band plays a similar style to what you like.  When the acoustic guitarist whips out an electric guitar and an effects pedal or two, do you know how to introduce this new sound into your mix?

Here are five steps you can use for creating a solid mix whenever a new instrument is added or even a new genre of music is performed.

The Five Steps to Take

Take a long look at the worship band and their changes over the years.  What do you see coming down the road.  What about the new church member who plays electric guitar in a band?  Could they be playing on the worship team in six months?  Don’t let your bias drive your mixing.  Any day, you could be mixing something slightly different or entirely different.  Be prepared by following these five tips.