How to Measure Success – GI Joe Is There 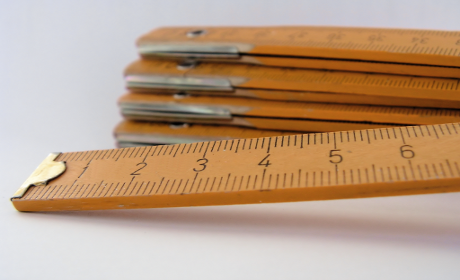 “Knowing is half the battle,” spoke Duke, a member of the G.I. Joe team after delivering a 30 second public service announcement (PSA) spot.  Growing up in the 1980’s, these PSA’s were a part of my informal education.  Lady Jaye, Snake Eyes, and others taught me about electrocution, water safety, and the dangers of playing in the street.  Not that my parents didn’t teach me these things, but let’s face it, for a young kid, it’s much cooler when an army soldier does it!

This new multi-part blog series is aimed at educating church leaders and new sound tech’s of the roles and responsibilities of a sound tech.  This information will revolve around processes, relationships, and technology.  By knowing this information, leaders can have accurate expectations of the sound tech’s and the new sound tech’s will learn the primary objectives of their job.  Knowledge is power!

If you have been a sound tech since the beginning of time (think 8-track players) then you might still learn a thing or two.  Or not. :)

I’ll start out with the most difficult of topics that even I struggle with every time I’m behind the mixer;

Part One: How to Measure Success.

The characters on Gilligan’s Island did not have the expertise or training to warrant success as “rebuilding a boat from palm trees and moray eels.”  They should have defined success as “the ability to live on the island until we are rescued.”

Too often, we define success not by what we are capable of doing but what we want to do.  That’s a setup for failure.

Then there is the other extreme that says success only comes with perfection.  I love playing golf.  I have a pretty good golf swing.  On occasion, after I make contact with the ball, I get that “perfection” feeling.  I know that the ball will go exactly where I want – and it does.  I watched golf this weekend with my father-in-law.  One of the pro-golfers duck-hooked the ball into the trees.  A PROFESSIONAL GOLFER!

Too often, we define success as perfection and fail to acknowledge that perfection is rarely achievable.  This is another setup for failure.

In order to correctly define success, from the point of view of the sound tech, we first must define failure.  I’ll make a few broad strokes as I think most areas of concern would fall into one of these listed;

If I mess up so the congregation loses focus on the service, that’s failure.  If I’m not happy with a mix because “the guitar has this weird sound around the 500Hz mark that I can’t seem to tame” yet the congregation won’t know if the 500Hz problem is fixed, that’s NOT failure.  Not being happy and failure are not the same.

If I can’t provide a good mix of the sound on a consistent basis, that’s failure.  I’m not saying a great mix.  Let’s be honest, if you are on a sound team and rotate behind the mixer once a month, you are getting 12 times a year to practice mixing.  As long as your mixes are constantly improving for the most part, it’s ok to have an off day.

If I can’t provide the musicians what they need to perform to the best of their ability, that’s failure.  This means good monitor control, proper equipment, and proper communications in correcting/preventing problems.  If a musician says “I think my guitar should be more prominent in the house mix,” that’s a difference of opinion that would be addressed at the time but does not have to do with giving them what they need.

Overall success of a church service is defined by looking at several key areas including those which you, as the sound tech, don’t have total control.

Success of the sound tech is defined by;

7. Success of the praise band. (We work with what you give us)

Success of the person running the slides (video) for the service;

Success of the worship team.

As a guitarist on one worship team, I have a pretty good idea of praise band success;
1. Proper monitor levels (or proper Avion set-up).  Take the time to set your levels or have your levels set!
2. Proper tone control to the best that I can provide from my instrument.
4. Proper musicianship and singing among the band members.
5. Proper song leading where appropriate.
7. Worship team singing lyrics in same order as slides provided and singing the same lyrics (thy versus you)
8. Success of the slide person.
9. Success of the sound tech.

Using this model, I’ve defined success based on requirements and by placing demands on all team members within their appropriate group.  For example, a guitarist who is missing chord changes has failed what the worship team has defined as successful musicianship.  The sound tech hasn’t failed.  The expectations drive the definition of success for each group.

Using the above model, each person is responsible for doing the best they can at their specific role and each person is encouraged to work with the other members of the team for everyone’s benefit. Every member of the worship team, that means the a/v crew, the praise team, and even the pianist who plays the prelude has a God-given skill and/or desire to serve God via the church service.  When one person is striped of their ownership, that person is no longer able to serve God using the skills and talents he has given.

God is the conductor over worship activities.  When He raises His wand, we are to raise our instruments (voices, instruments, mixing boards, etc.) in preparation to play.  We might help each other practice pieces of music, or create arrangements, or teach each other proper form and technique.  But when God raises His wand he is saying “it’s time for you to use the talents I have given each and every one of you. Now play.”