How One Star and One Engineer Define a Proper Working Relationship 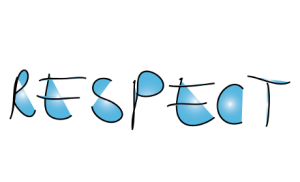 Watching the documentary, the “Big Name” star was rehearsing for the first time with in-ears.  Between songs, he mentioned it felt like the sound was punching him in the head.  The audio engineer, calmly, firmly, and professionally, asked what about it was causing that feeling.  The response from the stage was that the overall level was too loud and it needed to be lowered.  The engineer responded by saying he would lower the levels and that if it was still a problem after the next song, to let him know.

This was a short interaction but I was struck by what the engineer did and did not say.

What do your musicians say?

The point here ISN’T to discuss what they need to worry about but to recognize how you respond to their questions / comments will affect how successful both of you are in getting the results you want.

Let’s say the worship leader says their guitar sound isn’t right in their monitor.  What do you say in response?  “It’s fine out here.”  “It’s always set like that.”  That isn’t helping anyone.  What if you went this route…

And here’s the kicker

No matter the tone in which the person on stage takes with you, you should remain calm and professional.  The more you do this, the more respect others will have for you and the better the conversations will go.

Listening to the audio engineer talk with the “big name star,” I noticed there was never a doubt that he had the star’s best interests in mind while recognizing the requirements of his own job.  And the big name star was equally respectful.  The star never said “I need to go back to floor monitors.”  They each knew their role and they each recognized the needs of the other.

Question:  Have you noticed how your conversations go when you stay respectful and professional?