How to Plan for the Worship Band 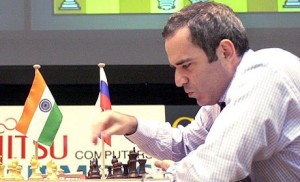 On one side of the chessboard was World Chess Champion Garry Kasparov. On the other side of the board was the IBM supercomputer Deep Blue. It was 1996.  Six games of chess were to be played. Which one would prevail?

Before I get into planning for the band, you should know that Garry Kasparov won the six-game challenge 4 games to 2. He was asked, after the game, how many moves ahead he can think. He replied that it depended on the positions of the pieces. “Normally, I would calculate three to five moves,” he said. “You don’t need more…. But I can go much deeper if it is required. [12-14 moves].”

Planning for the worship band

Let’s look at what you can do regarding that planning.

You need to think several moves ahead. What if an extra musician shows up? Where will you put them on the stage? Would you have room on your mixer to add two more inputs? If you are up to your eyeballs in inputs and don’t have any extra channel inputs, you need a plan for what to do when a guest musician is asked to sit in with the band. You need to think several moves ahead.

Chess matches end quickly when one player doesn’t take the time to think several moves ahead. I recall losing a game in four moves because I didn’t think ahead. My chess games now average over an hour or two. A church service can come crashing down when you haven’t planned in advance. You get stressed. The musicians get stressed. The pastor gets stressed. And the congregation will pick up on that stress. Instead of having a time of worship, you have a time of survival.

Plan ahead. Use the three tasks above for planning for what is known. Then consider planning for the unknown so last minute surprises have simple remedies instead of drastic effects.

[Note: If you want to learn more about the IBM / Kasparov match, check out the documentary “Game Over: Kasparov and the Machine.”  I think the IBM machine had a bit too much human intervention, but that’s another story…]