How to Protect Your Electronics

The very first computer I bought came with a power strip.  "You don't want to fry your computer during a storm," said my friend.  However, electrical protection is more that just ye ol power strip.  What happens when there is a voltage drop?  What if the electrical line is dirty?  I've cover these questions and a whole lot more.

There are a few topics I need to cover before we get into electrical protection;

How Does Electricity Work?

An electrical line is made up of metal wire and an insulator.  All of these materials (life itself) is made up of atoms.  An atom contains protons, neutrons, and electrons.  The electrons are negatively charged whereas protons are positive.  As you can see in the picture below, electrons circle the nucleus like planets around the sun. 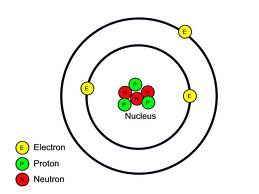 When enough electrical energy is applied to the wire, the electrons surrounding the nucleus are released and pushed down stream.  The path electrons follow is called a circuit.

The last piece of this is resistance.  Resistance is what works against the current.  Different types of metal have different resistances.  Think of it this way, the easier it is for electrons to break free, the lower the resistance.

Simplified, a force is applied to a wire which causes the electrons to break free from their atoms.  This movement of electrons is along a circuit. The type of wire, copper for example, affects how much resistance the electrons have to breaking free.

What is a Power Surge?

A power surge is a temporary increase in voltage on a power line that can last seconds or minutes.  Surges can be 10% to 35% above the normal line voltage.

What is a Power Spike?

A power spike is a very short increase in voltage on a power line lasting only milliseconds.  Power spikes can contain very high voltages – up to and beyond 6,000 volts.  A spike that hits electrical components can either blow them out or weaken the semiconductors which can then failure at any time in the future.

What is Electrical Noise?

Electrical noise is any unwanted electrical signals that may be picked up from other equipment that is unintentionally radiating (transmitting) them, or the unwanted signals can be generated within the equipment by less than perfect components.

What Can I Use To Protect My Equipment From Power Problems?

There are two important pieces of equipment you should have in your audio rack; a power conditioner and a voltage regulator.

While it would be great to think that all electrical voltage is going to be consistent, that's not always the case.  That's where a voltage regulator comes into play.  A voltage regulator attempts to keep the line voltage stable at 120V or 240V within a narrow range.  Think of it like shock-absorbers on a car.  A few little normal bumps in the road are absorbed by your shocks.  A voltage regulator absorbs the electrical line bumps and dips and keeps the power going to your equipment at a constant voltage.

What If the Power Goes Out?

You can go a step further with your protection and get a UPS system (uninterruptible power supply).  Using such a system, you are guaranteed continual power for a limited period of time.  In the case of such an occurrence, you've got two options; keep your equipment going or take the opportunity to turn everything off in the proper fashion.  Given the unpredictability of a power outage, I'd go with the latter.

We spend so much time, energy, and money on the different aspects of audio production but without a good power source, we've got nothing.  Review your equipment and determine what power product should be your next purchase.