Critique Your Mix By Asking These 11 Questions 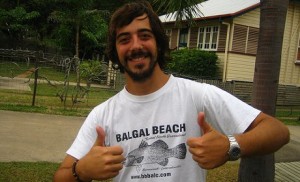 Be confident when you give your mix
the ‘thumbs up.’
Photo provided by aidan_jones

Critiquing your mix is one of the best ways improving your mix.  You’ll improve the mix for the next week but you can also immediately improve your mix for the song you are critiquing. Today, I’m kicking out the questions you must ask, concerning your mix, as well as a new method I’ve been using.

The Top Eleven Questions to Ask of Your Mix

I could easily list out several more questions but I think it’s better if you consider the above list and then consider this statement; a mix needs to have emotion, energy, and clarity.  Consider those three areas when critiquing your mix.

If you followed this site last year, you know I’m now attending a new church.  After a few months, I’ve begun the transition to their audio team.  It’s a slow transition as there is a lot to learn but I’m having the best times ever behind the mixer.  That being said…

This week, I was in the church sound booth on Wednesday, for practice, and then on Saturday and Sunday for the sound check and church services.  All this time, I was with the lead FOH guy, Steve.  While he did a lot of the work, there were times he’d kindly step aside and let me mix.  And the beauty of it all is that the two of us are comfortable sharing the mixer and asking each other “how does that sound?”

All that to say working side-by-side with another tech will open your eyes (and ears) to new ideas, new considerations, and constructive criticism.

Live audio production isn’t the same as studio engineering.  In the studio, there is a lot of time spent on the above questions as well as a host of others.  Additionally, the engineer has a lot more time to consider the questions.  Mixing live, you’ve got a lot less time and fortunately, a lot less questions.  But the concept is the same; create the best music possible.  The next time you are mixing, be it during the sound check, a practice, or during the church service, critique your own mix with the above eleven questions.  Pull in another tech to work alongside you so you can learn from each other.  And keep in mind those three words; emotion, energy, and clarity.

Question: How do you critique your mix?