How to Get Audio from an iPad 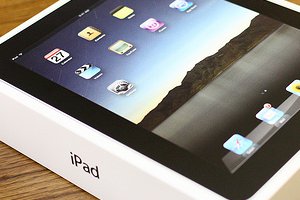 iPads are turning up in the audio booth as a new sound source.  Much like my article on using different types of smart-phones as audio sources, iPads are something you need to consider.  Let’s look a how to get the audio out.

The iPad uses a common 3.5mm stereo headphone plug . It also can use the 30-pin connector but let’s hold off on that for now, especially in light of the new Lightning connector which has its own issues.  Connecting via the 3.5mm plug is the easiest route to go.

The back of your sound board is filled with 1/4 -inch TRS plugs and RCA plugs. No 3.5mm inputs so we are going to have to do a little conversion work.

A 3.5mm stereo plug and a TRS plus look the same in that they have a tip, a ring, and a sleeve.  You must understand, however, that these cables can be used in two different ways.  One is to carry a stereo signal and the other is to carry a balanced signal.

In the case of the iPad, it’s got a headphone (stereo-out) plug and the audio mixer channel inputs are for balanced signals.  Therefore, while it might be easy to think the cables work the same way because the plugs look the same, it’s like having two plastic pipes where one is used to carry drinking water and the other is to carry waste.  Both might be PVC pipe but with different contents.

There are a few ways you can convert that 3.5mm stereo plug into something usable.  You can go the route of an RCA cable  or you can use two dual TS unbalanced plugs. Plug the 3.5mm end into the iPad and the other into a stereo channel on the mixer.

The Better (but more expensive) Route

Using adapters, such as I’ve listed, is an effective way to get the signal into the mixer.  However, there is a direct box that will help you with your signal levels as well.  That’s where the Radial ProAV2 DI box comes into play. Use a 3.5mm male-to-male end cable and plug one end into the iPad and the other end into the Radial DI and it will convert the signal to the right type as well as convert the signal to the proper line level as pro and consumer-grade electronics usually output at different levels.  The DI plugs into your board using a right and a left XLR cable.