KZ ZS5 In-Ear Earphone Review: Too Good to be True?

I heard from people suggesting a low-cost alternative to high-end in-ear earphones and I had to give them a try.  I wasn’t expecting much from a company I’d never heard of, where the product was only available on Amazon, and they were priced at $32. That’s every reason to think they’d sound bad.  It was time to put them to the test. 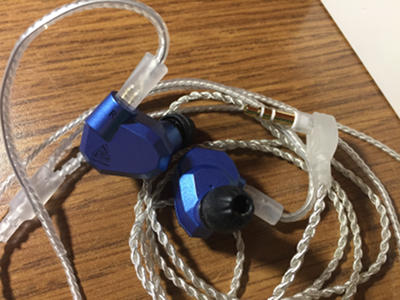 Just how good are $32 Yinyoo KZ ZS5 quad-driver headphones?  I had low expectations. Right off the bat, I read Amazon reviews that said to replace the earphone cord for a better sound.  There are only two components and already I need to replace one of them?

The Problem – It’s More About Me

Because these are not custom molds, they come with a handful of exchangeable tips for your ear.  I started with the tips that were shipped on the in-ears but found I needed to drop to the smallest tips they included and that’s where the problems started. 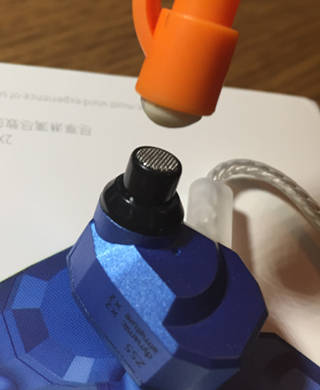 The end of a mechanical pencil for comparison.

The shaft the tip resides on is bigger than what is on most one-size-fits-all in-ear earphones.  We have Shure 425’s and the ZS5’s have huge shafts compared to the 425’s.  I’ve always used the medium tips but in this case, I had to use the smalls and then shove them in my ears.

The replacement cable does have a nice bend-and-stay-in-place portion about four inches after the earbud casing so they did stay in place after I got them secured in my ears.  Almost.

I’ve never had a problem wearing non-custom-molded in-ears but my right earbud didn’t want to stay in place.  I think it was a combination of the size of the opening to my middle ear and the angle to that opening. I can sit and listen without problem but the moment I get up and walk around, that one wants to come a little loose.  And I have been testing these for a number of weeks and I can walk around without problem but if I’m moving my head around, that one side can come a little loose.

Like I said, that’s just the way my ears are shaped.  As a note, custom molds will be big but they are designed for your specific ear.

[Update: after publishing this article, a few people wrote in and said they use these earphones and picked up these Comply T500 foam tips that seal great and solves this problem.]

Do they sound bad?  No, certainly not.  Truthfully, they sounded really good.  I mean really good.  From the lows to the highs, everything was tight and crisp. Did they sound as good as my high-end headphones and earbuds?  Not quite.  They wouldn’t finish first in a contest but they’re worthy contenders.  Like those NCAA basketball teams that make it to the Sweet Sixteen every year but never quite make it into the Final Four.

The Other Good News

The biggest area of concern I had, outside of audio quality, was how well the cable would stay in place.  It’s got a rib around it so you have to push hard to get it in and it’s never fallen out.  Even a hard tug will rip the earbuds out of your ear and keep the cable connected – trust me, a snag on an armrest proved that.

If you’re on a tight budget and want your own set of headphones for the soundbooth or your band is looking to save a lot of money on in-ears, these are worth consideration. What I would do, in the case of the band, is buy one set and have the band members try it out.  If they fit and stay in place while they move around, get that musician their own set.  If they don’t, look elsewhere. (Tip: use alcohol swabs to clean off the tips.)

High-end quad-driver in-ears with custom molds will sound better and are guaranteed to have a perfect fit.  But, obviously, they come at a price.  If you can’t afford them, the ZS5’s are a great alternative.

P.S. As a warning, they also offer them with a built-in microphone so make sure you get the right ones.  The above link is for the ones you want.