Got the Low-End Frequency Blues? 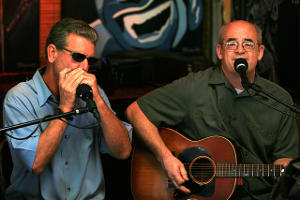 Do you suffer from the low-end blues?  The symptoms include instruments lacking clarity, vocals lacking distinction, and a general feeling that “something’s rotten in the state of Denmark.” You’ve never been diagnosed with it until today.  Time to determine the source of the condition and prescribe a cure.

Consulting with churches on their audio quality, I’ve found a handful of common problems and the most common is excessive low-end frequencies in the mix.  It’s the result of many factors, three of which are outlined below.

Three Reason for the Low-End Blues

Why it’s a problem

You’re at the mercy of the musician and whatever they send down the line.  A bass tone without definition is just a source of low-end mush.  But even a great bass tone might have more low end than needed.  It still needs to be distinct from the kick drum.

Listen to the raw tone coming through the bass channel.  All of the mix work will either be working with this sound or against it.  If the bass is sending mush, it’s not going to be easy.  EQ the bass so it’s distinct from the kick drum.  Don’t think that just because it’s a bass that the low end should be cranked.  I’ve cut a bass channel below 40 Hz because it cleared up the mix and gave the bass guitar definition.  Many of the key bass frequencies exist above the 100 Hz mark.

The biggest way to improve bass definition is to listen to recordings of the song.  Youtube, Spotify, iTunes, Rdio, whatever works, just pick one and listen to where the bass sits in the mix.  Know the song before the sound check so the bass sound is in your head.  Put on headphones and listen to the recording while mixing if it helps.  Compare the recording to your mix to determine what needs to be done.

Keyboards can create a wide range of sounds and frequencies.  These sounds can drop into the same range as bass and electric guitars, even drum toms.

Why it’s a problem

The more similar frequencies occupying a mix, the less instrument and vocal distinction.  A song using a bass, an electric rhythm guitar, and the normal drum kit is already filling up the lower frequencies and requires proper EQ’ing for separation.  By adding in a keyboard, it’s another source of low end, the amount depending on the keyboard voicing.

Apply the high-pass filter and modify the EQ so the keyboard fills in the mix as intended by the arrangement.  By cutting the lower frequencies, a simple volume change might be all that’s needed.   I find by using a substantial low-end cut on the keyboards, not only does it clear space for the lower instruments but it also adds clarity to the keyboard.

Low-end frequency mixing is about using only what is necessary.
[tweet this]

The more microphones on stage, the more channels capturing stage volume.  Add a bass amp and drum kit on the stage and there’s low-end frequencies bouncing all over the place, both from the amp and drums as well as through the monitors.

Why it’s a problem.

Every little bit matters in mixing and when it comes to microphones, every little bit of extra low end adds up to a lot of low end in the house mix.  Low-end frequencies will bounce around the room, lasting longer and flooding the room.

Apply a high-pass filter to all vocal microphones.  Start around the 80-to-100 Hz range.  On mixers with variable HPF frequencies, roll the filter up until it negatively affects the sound, then back it off.  This can range anywhere from 120 to 220 Hz.

If it seems like I’ve been talking about HPF’s a lot recently, it’s because I have and because I believe they are under-utilized.

Next, use some form of drum shield to reduce the lows.  But wait, there’s more! Here’s where an oversight can be costly.  If the drummer is sitting in front of a flat surface, the drum shield is only going to reflect the sound back to the wall and then back into the drum shield and the microphones.  To control the lows, use a full drum enclosure or cover the wall with sound absorbing material.  This can be anything from acoustic panels to heavy theater curtains.

Finally, in the case of stage amps, reduce them to only their required volume and point them at the musician.  For example, a guitarist with a guitar amp needs the amp pointed at their head.  If they are using a full-stack amp, then mic the amp and turn down the amp.  If they want the amp cranked, look into isolation cabinets.

The low-end blues can be overcome.  Focus on these three points and listen to the results after each one.  Eventually, the low-end frequencies will be reduced in the room and clarity will return to the mix.