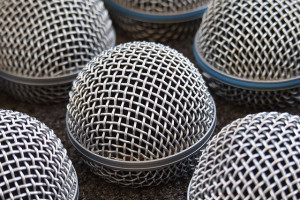 “Why does my new Shure Beta 87 lack the warmth of my old Shure Beta 58?”  This was the basic question to me in an email last week.  The answer begins with a glance at our old friend the regular ol’ Shure SM57.

Over the weekend, I visited a church which had recently migrated from an electronic drum set to an acoustic set and they purchased their first drum microphone kit.  Before the service, I checked out the drum microphone placement and was surprised to see something other than a Shure SM57 on the snare.

A quick note, the SM57 isn’t the only snare mic option but it’s one many people use so my surprise was only that they were using something else.  It wasn’t a judgement.

The drum kit was the new Shure PGADRUMKIT7.  Yes, that’s the official name and I hate it.  It’s like saying I bought the new Ford MUSTANGSPORTSCAR6.  7 microphones, 6 cylinders.  Which, by the way, I did not. Moving on…

Both are dynamic cardioid microphones with the same sensitivity, impedance, and with only a four gram weight difference.  But then things change.

The polar pattern response chart is similar in both, though from what I could find, the details shown for the PGA57 are only for a response at 1000Hz so that’s what I compared.  The amount of frequency detection, even as a cardioid, differs based on where the sound is detected and its frequency.  This can be seen below for the SM57 and then the PGA57. (Sorry about the clarity – for some reason, Shure doesn’t standardize product specs so I had to grab one from their web site and another from a PDF spec sheet. ) 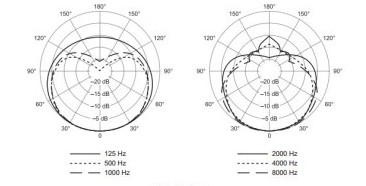 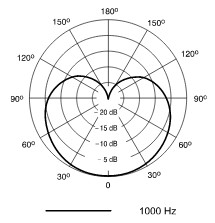 These two microphones work on the snare, are made by the same company, work in the same way, with the major differences being in the frequency range and the frequency treatment.  The bottom line is if both microphones were used on the same snare with the same drummer, you’d get two different sounds comes through the channel.  Similar, but different.

The 58 is a dynamic and the 87 is a condenser so right from the start, the 87 will detect more nuances in the captured sound.  Both are super-cardioid polar patterns.  However, the frequency responses are different as can be seen above the 2000 Hz mark.

Why would microphones built for the same purpose alter sound differently?  It goes back to a key piece of live audio production wisdom; a great mix starts with getting the best sound at the source.

A great mix starts with getting the best sound at the source. Tweet this

Snare drums sound different, and certainly each vocalist has their own unique frequency characteristics.  Therefore, a microphone which produces the optimal representation of the singer (or instrument) is the right microphone.  A Beta87 might sounds great on one person but only ok for another.  Or, the style of music requires a different sound. There isn’t a single perfect microphone for every occasion.

For in-depth information on all of the properties of microphones (including what makes one HOT), check out the below vocal microphone guide. Need help with vocal mixing? I’ve got that covered as well.