Mix Tolerance – Musicians, Song Arrangement, and When to Keep Your Finger Off the Fader 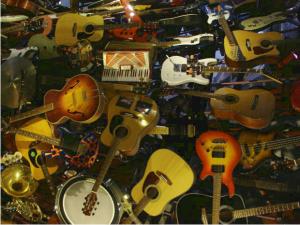 Let’s be honest, musicians only play the music but we’re the ones who form it into something great.  Their music pales in comparison to what we create.  We are mixing gods!

I so hope you were offended by that.  I didn’t mean it. The problem is some techs buy into that belief.  The result is they work against the musicians and not alongside them.  That needs to stop, today.

Musicians give us the most wonderful gift we can get – good song arrangements.  Song arrangements that carries the listener through the composition, with energy, with emotion.

Great arrangements make for easy mixing but if one doesn’t recognize the power of an arrangement, then mixing becomes about creating sound, not creating “music.”

What is an arrangement?

A musical arrangement is the representation of a composition through the unique design of the song.  This design, called the form, uses the areas of melody, harmony, style, and rhythm.

An arrangement is more than a re-interpretation of a composition.  It’s gives the song emotion and energy, sometimes in a new way.  Having once been in a worship band, I did my share of studying good and bad arrangements.

A bad arrangement is like a straight road.  The listener is riding in a car, going straight down the road for four minutes with nothing to see but asphalt.  They get tired.  They want beautiful scenery, curves in the road, even some hills.

A good arrangement is one that provides changes throughout a song that affect the movement of the song.  Drums only come in during the chorus.  A trumpet plays during the bridge.  Backing vocal volumes change.  A song starts with two lead singers but one drops to a supportive role during the chorus.  An electric guitar is out front in the verse but subdued in the chorus.

Arrangements that build to a crescendo are easily recognized as arrangements with building energy and movement.  Likewise, an arrangement that slowly strips the song of its instruments can do the same. There are no rules to arranging. A good arrangement is one that carries the listener through the song, not one that drags them through it.

How techs screw up arrangements

Take a beautiful painting and admire it for all the color and detail.  Now, hit it with a red spotlight.  Even the Mona Lisa would look lifeless.  That’s what happens when techs put every input at the same volume.  It’s what happens when we try making the arrangement into what we want, not what the musicians designed it to be. 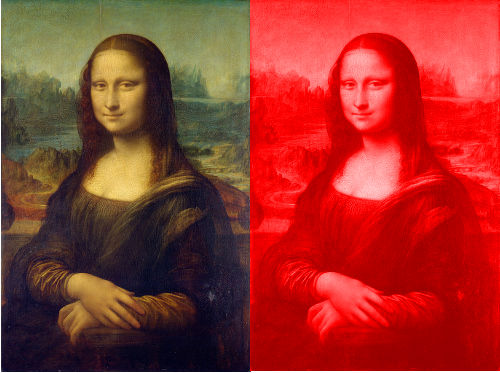 Here are four steps to mixing a terrible arrangement:

A good mixer wouldn’t do one, two, or three.  What about number four?

Do you work against the musicians?

The following is dependent on the skill and training of the musician.  Don’t take this an as easy out, that is to say don’t assume your volunteer musicians lack the skill to aid you in arrangement.

Musicians can, to some extent, control their volume to meet the needs of an arrangement.  We see this all the time with drummers.  What about singers or guitarists?  They can do it, too.

A singer might belt out a line louder as part of the arrangement.  It adds that energy and emotion.  Allow for those volume pops.  If they can go “too loud” for the room then drop in a bit of compression so the song has the dynamic change without becoming too loud. You’re giving them an upper limit but still room for range changes.

Another trick a singer can use regarding song arrangement is distancing themselves from the microphone.  This can be a tough one depending on the natural volume of the singer.  An arrangement that calls for a singer to drop their volume means they still need to be able to create a good sounding vocal.  Dropping volume isn’t as easy as “just sing softer.” So, they might step back from a microphone or move the mic away from their mouth.  They can still sing at a volume that creates a quality tone while also gives the song the change in dynamics. This is why the sound tech HAS TO KNOW THE SONG ARRANGEMENT.

Guitarists use volume pedals so their work changes with the arrangement.  The keyword in both cases is tolerance.

Engineering tolerance is the permissible limit of variation in a physical dimension, often used regarding a manufactured object.  In simple speak, as long as an object is really close to its expected size, it’s ok.

Mix tolerance is the permissible limit of volume variation.  For example, a guitarist uses their volume pedal to raise or lower their volume at a key point in the arrangement.  As long as that new volume is within the mix tolerance, you don’t need to touch the volume fader.  Your job is to create a mix that represents the song arrangement and you can only do this if you give musicians some control.

I’ve harped on this often enough so I’ll keep it simple for today; LISTEN TO MUSIC.  Listen to a copy of the song the band plans on doing.  Listen for changes.  Do instrument stop playing?  When do volumes change?  What moves the listener along!?!  It’s your job to support the band and make that arrangement a reality.