Now THIS is How You Recruit Volunteers 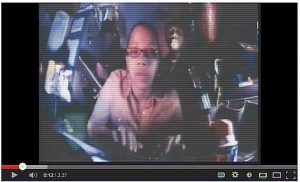 Recruiting volunteers for the audio ministry is not easy.  However, if you consider why people volunteer, you might just figure out how to get the people you need.

I’ve seen this happen a before.  People sign up for volunteering but once they see the job requirements, they are gone in a flash.  But that doesn’t even address the number of times I’ve known TD’s or other techs who have made announcements asking for recruits and came up empty.

A person who is willing to volunteer their time is a person who;

Looking back at my own early recruiting attempts, I was asking questions like “can you commit to the time requirements” and saying things like “you will have to learn a lot before you will run sound on your own.”  These were perfectly valid points but what I wasn’t putting forth was that volunteering for the audio ministry was work that was needed, appreciated, ENJOYABLE, and they would be working with other people who took their work seriously while at the same time knowing how to laugh and have fun along the way.

How can I recruit new volunteers?

The standard methods for enlisting volunteers are as follows:

Some people have taken it to a whole new level.  If memory serves me well, Mike Sessler put a camera in the sound booth and did a volunteer announcement from there.  Creative, I love it.  And then we have the A/V team in which Terrance Friday is involved.

The A/V team at the Church of the Revelation, in Bronx, NY hacked their service.  Well, not exactly.  What they did was show that not only does the A/V team have a lot of responsibilities but that they also know how to have fun.  I wonder how much of THAT part of our job do we show when recruiting.  Catch their video;

Did their video work? Very much so – they got eight people including a “media production college student” and a studio engineer.