Proper Stage Monitor Setup: Meeting the Desires of the Band 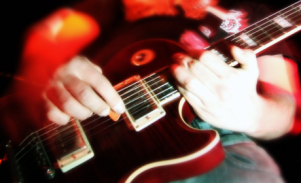 “I’ve always set the monitor levels first, with the mains off, that’s how ____ taught me to do it,” they said to me.  As those words escaped the sound tech’s lips, I could tell they had been trained by a musician.

A musician wants to hear the right sounds in the monitor. They want to hear themselves in the monitor. However, if you go with a musician-centric stage monitor setup you are going to have problems with stage volume and clarity in your mix. Let’s look at the problem of a musician-centric setup and how an audience-centric setup correctly deals with these issues.

…for example, a musician might find that if they drop another instrument’s volume in their mix, that they don’t need to boost another quite so much. Also, you can tell them that when their monitor levels go above a certain volume, the audience is hearing a bad sound because of the mixing of house and monitor sounds at different times.

Wait, but what if…

My wife knows how I can easily debate both sides of anything. With that in mind, let’s say you go with a musician-centric setup process by setting monitor levels without turning on the mains. And let’s say you can do it AND get a good mix as a final result.

I’m going out on a very short limb and guessing your mixing process involves quite a bit of back and forth with the monitors after you set your house mix levels and/or you spend an extended period of time working on the house mix to mix the monitor sounds in with the house. You are spending more time than you should!

Here is a simple outline for running your sound check after checking line levels and such;

Musicians want to hear the right sounds in the monitors so they can play tight as a band. However, you should know their real desire is for the audience to hear a great sound. Using the proper stage monitor setup, you can reach both of these goals.