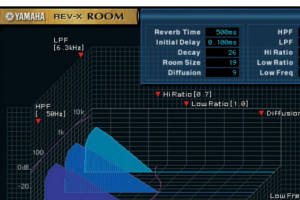 Effects can take a mix to a whole new level. Using them can be as simple as a one or two-dial analog control or as complex as an expensive multi-faceted digital plugin. Today, I’m covering the tips I’ve found helpful over the years that look past the implementation and focus on the general mechanics.

You might find some of these rather simple – just skip over them. Having done audio for 20+ years, what seems common knowledge for me today wasn’t so when I first started. Has it really been 20 years? Wow.

The biggest problem with effects, when you’re new to effects usage, is knowing what sounds good. It’s for this reason I encourage audio engineers to experiment during the band’s practice times. Let’s say the band practices mid-week, use that time to rough in the mix and then experiment on effects. Start with vocals and once you get a good sound, move to acoustic guitars.

I’ll talk about the math behind effects in a moment but when it comes to finding the correct effects settings, trust your ears. If it sounds right, it is right. But let’s go back another step. Before the mid-week practice, listen to professional recordings of the songs the band will be playing. If you don’t own them, listen on YouTube, Spotify, or some other on-line service. I build a Spotify playlist and listen throughout the week. By doing so, you’ll learn how effects are used.

3. Know How Much is Too Much

As mentioned, it’s helpful to listen to recordings to know how effects are used but you also have to find out what works for your room. For example, you can’t make a 200-person room sound like a 15,000-seat venue so what sounds great on a recording can sound wrong for your room. Learn the type of effects (reverb hall, room, plate, delay) used in the song and apply it to the mix. But if it sounds too big for the room, scale it back.

When setting basic reverb and delay, I learned to use my ears. This was because in my early analog days, I didn’t have a digital readout or a knob with milliseconds. It was just two knobs; one for timing and one for degree of effects heard. With consoles now, they can display the milliseconds. Therefore, if you aren’t sure it if sounds right or need a place to start, use the below.

Backing vocals can blend with the lead or sit behind the lead so use effects on them to support the arrangement. When they are sitting behind the lead, double their reverb time to push them farther back in the mix. Using the 80 BPM example, if the lead vocalist is reverbed at 750 ms, then put the backing vocals at 1500 ms. Use your ears to determine if it works for the song.

Get a bigger sound for stereo setups (house speakers, recording, live stream) by placing a 7-to-12 millisecond delay on the channel and set the delay output panned left and the non-delayed output panned right.

7. Watch for Other Controls

Reverb controls can also offer the ability to control the decay rate and the frequencies that are affected. For example, they can offer high-pass and low-pass cutoff points so you are only reverbing or delaying certain frequencies. It’s good to cut out some of that low end that’s going to bounce around the room already.

As for the decay rate, you are controlling how the sound fades away. Is it gradual or does it shut off hard – all depends on what sounds good.

Check out these links for more information on using effects.