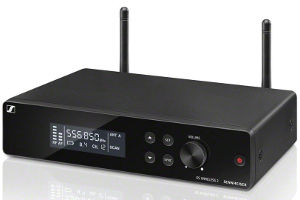 Back in late 2016, Sennheiser reached out to me and around fifteen other techs working in the house of worship and theater/concert markets to join a focus group.  They wanted to find out about our production needs and demands, with a good part of the focus on microphones.  They’d fly us to Los Angeles to meet and toss out questions and listen to what we offered up.  Among those invited from the church market were also fellow BehindtheMixer.com writer, Brian Gowing, and two great techs who’ve been wonderfully helpful on our Behind the Mixer Facebook Group, Scott Vander Molen and Kelly Sovacool.

This past January, we flew out for the Sennheiser meeting and had a fabulous time.  Below are the major areas that stood out.

1. Everyone Has The Same Demands

Throughout the day and into the evening, we talked about all manner of audio production, even dipping into video production as it relates to audio.  We learned from each other.  Techs learning from techs and techs learning from Sennheiser and vice-versa.  And a funny thing happened.  In a room full of techs ranging from a guy who mixes monitors for the Country Music Awards to a guy who mixes in a church with a pipe organ, one thing was made very clear:

No matter the size of the venue or the event itself, every audience demands top-notch audio production.  While some might be more forgiving of mistakes, it still came down to the fact that every audio tech has high demands on their work.  And naturally, the more demands on us, the more we demand from our gear.

As it relates to wireless microphones, we demand reliability, consistency, and high quality because those areas have a direct impact on our level of audio production.  Even certain features makes one microphone more attractive than another.

2. Sennheiser was Open to Critique

They were open to our opinions of their products, good and bad.  Let’s be honest, tech folks can be brutal when it comes to discussing the shortcomings of gear.  And there were times, at the meeting, when shortcomings of certain Sennheiser microphones were brought to light. Brian summed it up quite well, “We also brought up shortcomings and they gave us feedback on that as well. It was an honest and sometimes painful discussion but they never defended a perceived shortcoming with marketing talk.”

Several of us drove home the point of how important it is for an audio company to build relationships with the “House of Worship” market and the company is stepping up to the plate on that one.  Brian’s church denomination has an annual conference and Sennheiser agreed to have a booth set up and be present to talk with pastors and tech folks.

4. Employees are Passionate about the Company

I’ve been around long enough to know when I’m being fed a company line.  Yes, I know ninety-nine percent of company representatives believe their company creates the best speaker, DI box, effects unit, mixer, or whatever it is they’re selling.  At the meeting, we didn’t get inundated with that.

I’ve always seen Sennheiser as a great microphone company but I’ve never had warm fuzzy feelings about them.  Nothing against them, it’s just I’ve seen other microphone companies put on more of a public face in the church audio market.  And I used to hit a lot of the church audio conferences.  Maybe it’s just me and maybe I like to know the people behind a company.  And that’s why I took a bold step that Tuesday in January.

The discussion ventured into marketing and I wanted to dig into why the employees in the room worked for the company.  Mind you, this is a company based in Germany and several of the Deutsche were in the room.  (Years ago, I learned people in Germany call themselves Deutsche but Americans call them Germans.)  I know I was putting them on the spot, but I wanted to know their hearts and I felt like my global tech team – that means you – would want to know as well.

I threw caution to the wind and walked over to Oliver Ohrndorf, who works in business development and is a drummer himself.  He towers about a foot over me so I do confess to a bit of initial anxiety.  I asked him, “Why do you work for Sennhesier?  What is it that makes you passionate about working for the company?”  You could have heard a pin drop in the room. Paraphrasing his response, “As a musician, I’m passionate about great sound quality, and I see Sennheiser as a company that helps musicians like me achieve great sound.”

Next, I walked over to Angelika Weiss, in charge of strategic development, and I asked her the same question.  The response surprised me.  “Family,” she said.  She told me the founder, Fritz Sennheiser, would walk into work and treat everyone like family and how the whole company is like that.  I later found out from her the pro audio company we know today would never have come to be if he’d have found employment with his first love, landscape gardening.

Then, I turned to Jürgen Kockmann, head of product management for Sennheiser’s Live Performance & Music business, with the same question.  I wasn’t calling people on the carpet with these questions, I was learning from them.  His response was as honest as the other two.  “I’m passionate about Sennheiser because I believe we create the best microphones on the market.”  And he wasn’t spewing marketing words, he was being honest.  (We later had a great time talking over dinner.)

In those few minutes, in my mind, the company went from a name to a face, and it was a face I liked.  Was it a company focused on attention to detail, expert craftsmanship, and a passion for providing the best audio quality imaginable?  Yes.  But, it was more. It was seeing the people behind the logo.

At the very end of the day, they did spend about ten minutes telling us about their two new products; the Digital 6000 and the XS Wireless 2 series.

The Digital 6000 is a top-of-the-line, high end, wireless microphone that most of us can’t afford at $8k for two channels.  Did it sound great?  Of course!  But what caught my attention was their new value-line offering.

The XS Wireless (XSW) 2 series is right in that price point where small churches find themselves focusing.  And before this meeting, I’ve usually recommended a wireless microphone package from another well-known company.  One I’ve used before, installed in a few places, and find is reliable.  But that recommendation changes today. The XSW1 is the older base model with XSW2 being a great step up. And they sound great!

Have I Become Biased?

To be clear, I’ve given out a lot of product recommendations via this site, the Facebook group, in person, and via email.  Does my new view of this company mean I’ll only recommend their products?  No. Every gear purchase needs to consider the requirements and the budget.  And when it comes to microphones, every make/model sounds different due to a variety of microphone properties and therefore a microphone that sounds great with one person might require a different microphone for someone else.

What I can say is there are a few instances of microphones, such as the XSW 2 series, in which I am now favoring Sennheisers over what I used to recommend, because I believe they are a better product.

The church audio market is a busy place with millions of services occurring every weekend across the globe. Some companies, like Sennheiser, see us as a market worthy of special attention.  When it comes to purchasing gear, you might come down to two similar products from different companies. How to you make the final call?  This is where I believe knowing the people behind a company matters.

And a quick thanks to Tim Moore, from Sennheiser, for that first contact that started all of this.