The Ten Keys of Servant Leadership 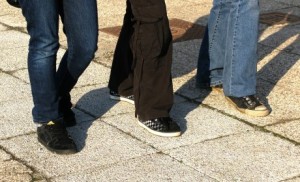 Lead by walking along side your team.
Photo provided by lusi

“It’s easy to lose sight of the ultimate goal when you’re in the trenches,” wrote Tony Dungy in The Mentor Leader.  Mr. Dungy has spent a lot of time in the trenches and, at the same time, has been a remarkable leader.  The reasons is that he embraces servant leadership.

One of the definitions of leadership is, “organizing a group of people to achieve a common goal.”   If you reach your goal, then you must be a good leader, right?  Not even close.  I like this definition from An Integrative Theory of Leadership; “A process of social influence in which one person can enlist the aid and support of others in the accomplishment of a common task.” That definition paints leadership as a means of working with others to complete a task which everyone shares.  There is more focus on working together and less focus on results.  I’m not saying results don’t matter, but how you get there, that matters.  And that’s what leads us to the Servant Leadership model.

What is Servant Leadership?

Servant leadership is a method of development for leaders. Servant leadership stresses the importance of the role a leader plays as the steward of the resources of the group, and teaches leaders to serve others while still achieving the goals set forth by the business.

The servant leadership concept has been around for a long time.  It was only in 1970 that Robert K. Greenleaf wrote extensively about it.  He said, “The leader-first and the servant-first are two extreme types [of leadership]. Between them there are shadings and blends that are part of the infinite variety of human nature…The difference manifests itself in the care taken by the servant-first to make sure that other people’s highest priority needs are being served. The best test, and difficult to administer, is: Do those served grow as persons? Do they, while being served, become healthier, wiser, freer, more autonomous, more likely themselves to become servants?”

In the Christian realm, the servant-leadership model focuses on this popular scripture reference:

“Jesus called them together and said, ‘You know that those who are regarded as rulers of the Gentiles lord it over them, and their high officials exercise authority over them. Not so with you. Instead, whoever wants to become great among you must be your servant, and whoever wants to be first must be slave of all. For even the Son of Man did not come to be served, but to serve, and to give his life as a ransom for many.” Mark 10:42-45 (NIV)

No matter how you look at it, the servant leadership model is the perfect model for any church ministry, including that of audio production.  But enough with the definitions, let’s look at the principles of servant leadership put forth by Mr. Greenleaf.

The ten principles of servant leadership

1. Listening.  Leaders are seen as those who make the decisions.  Servants are seen as those who follow the decisions of the leader.  Servant-leaders seek to identify and clarify the will of the group and/or the individual.  Not only must you hear what is being said, you have to notice what’s not being said.  When techs complain, listen to their complaints and take them under advisement.  Likewise, listen to those who have complaints about your team.

2. Empathy.  Servant-leaders strive to understand and empathize with others. No matter what problems the drummer or singer might be having with one of the techs, or yourself, you can’t dismiss the problem and move on.

3. Healing.  Healing brings about transformation and integration.  Greenleaf writes, in The Servant as Leader, “There is something subtle communicated to one who is being served and led if, implicit in the [agreement] between the servant-leader and [one being] led is the understanding that the search for wholeness is something that they have.”  In the case of healing, it might be your weekend for working on the rotation but you might have to heal an issue that came from a problem during a prior week, between the sound tech and the guitarist.  If we really are to be brothers and sisters to each other, we have to take on these types of responsibilities, not to mention healing the relationships we have broken.

5. Persuasion.  This particular element offers the clearest distinction between the traditional authoritarian leader and that of servant-leadership. Persuasion shouldn’t be viewed as a bad word, either.  Servant-leaders seek to convince others and build consensus within the group.  During the first two weeks of February, I served on Federal jury duty for a two-week stint.  As the jury foreman, during the deliberation period, I would face times when the whole group did not have the same view on a topic.  I could not decide for them.  What I could do was ask questions and bring up ideas or facts one side hadn’t considered in hopes of building a complete consensus.  Consider persuasion as the ability to open another person’s eyes to possibilities they had not considered.

6. Conceptualization. Move beyond the thoughts of “what needs to be done for today” and start thinking about “where could we be in five years from now?” Let yourself dream of what could be.  You can’t forget the day-to-day work but you can improve your ministry by thinking outside of the now.

7. Foresight.  Learn from the past, consider the reality of the present, and think of the consequences of upcoming decisions.  Did I mention learning from the past?

8. Stewardship.  Stewardship is defined as the ethic that embodies the responsible planning and management of resources.  This could be stewarding the team as well caring for the equipment and related finances.  For finances and equipment care, there is a better word.  Jumping back to my recent Federal jury duty, one of the topics was fiduciary responsibility.  This can be thought of as the responsibility one has, given to them by another based on trust and confidence, for managing and protecting property or money.  You are trusted to have the interested of the church and your team at the forefront.

9. Commitment to the Growth of People.  Growth is not just technical in nature.  Consider their personal growth and spiritual growth as well.  You need to decide how you can do that best for each person on your team.

Remember the words of John Quincy Adams, the sixth President of the United States, “If your actions inspire others to dream more, learn more, do more and become more, you are a leader.”  If you are interested in learning more about servant leadership, check out these books