Six Essential Backup Plans – You Do Have These, Don’t You? 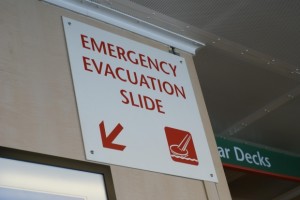 You never think about it until you need it.

When I was the father of a newborn, I had two backup plans; keep a spare set of diapers in the upstairs closet and keep an extra can of baby formula beside it.  When it comes to church audio, techs need audio production backup plans.  “It will never happen” always turns into, “I can’t believe it happened.”  They also need two other things which I cover at the end.

The Six Backup Plans You Need:

1. When the pastor’s mic dies.

I’ve had wireless mikes die and I’ve had cable connections crackle through the airwaves.  Guess who the pastor looks to for blame?  Let’s get them trained and talk practical steps.

Make sure there’s a backup microphone and it’s tested prior to the service.  This is the go-to microphone with a few exceptions.

If the replacement microphone is wireless and it works on the same frequency as the other, such as in wireless systems that include a handheld and a lav mic, AND the problem is interference, then DO NOT USE THE BACKUP MICROPHONE.  We keep a wireless handheld just off stage and it’s on a different frequency.  Otherwise, use a wired microphone.

Some of us have stage managers and that’s a huge blessing in itself and a lifesaver in times like this.  For everyone else, talk with the pastor about the backup microphone so they know what to do.  If the problem occurs and the pastor (usually a significantly older pastor) looks lost, then suck it up, walk to the front, and hand them the replacement microphone.

As an aside, if they don’t notice the microphone died, there might be a problem.  This is why you have to have a plan and talk with them.  Some people would be ok with a gentle interruption while others would be upset that you interfered with the sermon.  I’ve seen both.  As a rule of thumb, if the room is small enough and people can still hear, don’t worry about it.

2. When any other vocal mic or instrument mic dies.

Simple microphone failures would be problems like a dead microphone battery or a cable that stops working.  In these cases, have equipment by the ready.  For example, keep a spare vocal microphone (wired or wireless) on a stand just off stage or place it on stage in an out-of-the-way place.

In the case of cables, have a spare cable at the ready so they could be swapped.  Or, go the emergency route and keep a wired mic on a stand with a DI taped to the bottom, with cables.

And when do you make such equipment swaps?  It depends on the urgency.  When it’s a lead instrument or lead vocal, that should be taken care of immediately.  The lead vocalist, usually the worship leader, should know what to do.  If it’s their instrument, they need to say something to allow you to quickly fix the problem.  Or, they can take the initiative and fix it themselves, depending on their technical competency.

I’ve found it best to fix everything else when the band is clearing the stage, assuming they will come back again during the service.

Amps die, consoles die, fuses blow, equipment bursts into flames…it’s more likely to start smoking but where’s the drama in that!?!  If you’re lucky, it’s a blown fuse.  Replace the fuse but if the next fuse blows, then you’ve got an equipment problem.

Worst-case scenario, you’ve got nothing.  Most churches have a small portable system for youth or outdoor activities.  If the system dies before the service, then you’ve got time to set up the portable system.  It’s not pretty but it’s effective.

A better situation is one in which an old spare (from the last upgrade) is available or one from another venue (youth) is available.  Power down, make the connections, dial in a rough mix, and you’re good to go.

Here’s that worst-case scenario again.  Ditch the system and go with a portable system.  The problem gets into speaker-amp pairing if you try a mis-matched amp from another venue.  You don’t want to damage the speakers with an under-powered or over-powered amplifier.

A final note here, sometimes musicians’ equipment fails.  While this is usually due to a dead battery, it could be the equipment itself is busted.  In this case, see if it can be removed from the signal channel.  For example, if a guitarist’s amp dies, then go into a DI box and into the stage jack.  Before doing so, you might need to spend about 20 minutes comforting them and telling them, “it can be fixed, everything’s going to be ok.”

(Wow, a lot of death in this article.)

Be it a musician’s piece of gear or your own wireless equipment, any battery-powered equipment has the potential to die.  Sometimes, it’s because a battery was not recharged.  Or, the muso didn’t bring a spare. Or, for absolutely no easily-identifiable reason, a full-charged battery dies after 30 minutes of use – yes, I’ve had this happen.

5. When you run out of mics or cables

This happens, especially with growing churches.  The church had a few extra mics and cables and DI boxes and then the congregation grew and the band grew and now every piece of equipment is used.

Don’t be short a mic cable when one goes bad. Check the equipment list so there’s spare cables and a microphone or two.

6. When there’s a power outage

When the power goes off before the service, look for someone in leadership.  By the time you find them, either the power will be back or you’ll know it might be a while.  They’ll determine the plan.  For example, the pastor might say, “we go without an audio system” or they might say, “Let’s cancel the service.”  Most times, they opt to go without because usually when the power goes out, it’s a stormin’ outside and they don’t want to send people outside.

(I’m assuming your church isn’t on a commercial-grade backup generator.)

When the power goes out during the service, the pastor’s probably going to say something and you follow their lead.  Have a plan for when it comes back.  Techs have told me their leadership finds it the most effective to go minimal and stay minimal even when the audio comes back.

If the power goes out and comes back on, you’re in luck.  If you run a digital console, then it’s just a matter of the console rebooting.  If that’s on a battery backup, it might be avoidable.  If it’s going to be a few minutes, tell the congregation it’s going to take a couple of minutes.

The Two Things You Must Have

You can have all the backup plans in the world but they’ll fail without two things.

We had two broadcast-designed CD decks so it was easy to jump between the two.  As long as both decks were loaded with yet-to-be-played songs, I could always bail out to the second CD player.

The NFL feed, on the other hand, that’s when I cheated by buying myself 30 seconds.  I played a PSA (public service announcement), cued the feed into the studio speakers, and ran to the patch bay to check the patching and try a second, or third, patch cable until I heard the feed come to life…all while counting down from 30.  Bad cables exist everywhere.

Confidence comes from knowing how equipment works and knowing what to do when it doesn’t.

2. A plan with the pastor

I’ve heard pastor’s claim from the pulpit, “it’s not my fault,” when it clearly was, and I’ve had them say, “There seems to be a tech problem so please be patient until it’s corrected.”  I’m sorry if your pastor casts blame or belittles you from the pulpit – I’ve heard from techs who’ve had that happen.

The pastor must understand problems will occur even though you work to avoid them.  For example, I had a pastor with a lot of crackle in their wireless microphone that started ten minutes into the sermon.  Although the microphone was tested before the service, we later discovered the retention clasp broke that holds the cable into the beltpack.

There are big problems like power outages but for the small stuff, you still need a plan.  Explain you need them to briefly acknowledge the problem to the congregation and say the tech team is working quickly to correct it.  They also need to know where the spare mic is located.

Work pro-actively to prevent problems, have plans for when predictable problems occur, and when it’s a complete surprise, have the confidence (and the skills) to resolve the problem in the shortest time possible. Check out the below link and discover the production surprises that can come your way.