Solving a Puzzling Monitor Problem with a Surprising Solution 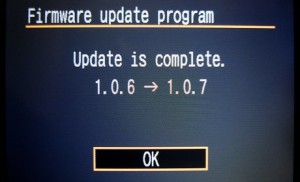 Last week, a sound tech emailed asking for help with an audio problem; their monitor volume was dropping. From the musician’s point of view, they would hear their monitor volume just fine and then all of a sudden, it would drop for no reason. The solution to this problem was definitely beyond the normal types of solutions.

When I first read their email, I harkened back to a friend’s tale of monitor problems. In that case, he was running audio for a major act and on occasion the monitor volume would spike. It was the opposite scenario but seemed like something to keep in mind.

Looking at the signal flow, you’ve got your inputs into the mixer, outputs to amps, and their outputs to the house and monitors. As the house mix wasn’t affected, it was either cabling or an amp / monitor problem.

The tech evaluated their system and did a bit of on-line research. I’ll leave it to his words, “I’ve done some research online, and noticed that early releases of Crown XTi 1000 [amplifier] had stability issues which were fixed by  firmware update. I’ve contacted Crown’s support and obtained [the update] from them.”

Firmware is software that’s stored in memory on a hardware device. Generally, it’s thought of as the controlling software for a piece of hardware. The Crown XTi 1000 amp is like a digital camera or mp3 player in that it runs off of a program. That program is the firmware stored on the memory chip. Like any type of software, upgrades happen from time to time that require a firmware update. The major difference is that firmware is typically updated only if there is a problem with the software. A firmware software problem in the amplifier was precisely was caused this monitor volume issue.

The first thing you learn in solving live audio problems is to follow the signal path. Doing so, you will find the source of the problem or at least have gained knowledge of which equipment is used for the signal issue in question. Most of the time, those pesky problems are due to a faulty cable, a loose cable, or some other problem that requires all of two minutes to fix. But then, on occasion, you get the head-scratcher. Everything looks good but obviously, something is wrong, very wrong.

The first thing you should do when diagnosing a signal problem is follow the signal path from the sound source to the part of the system where the signal problem shows itself. Only now, you have one more area to consider; a firmware problem.