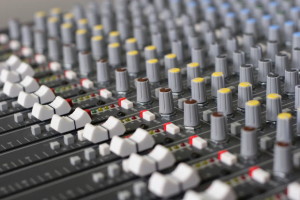 “Practice Makes Perfect.” “How do you get to Broadway? Practice, practice, practice!” I’m sure you’ve heard those before. If you don’t practice you won’t get better. Period. There are few people who don’t need to practice their craft. Chances are good you aren’t one of them.

As the father of a rather exuberant teenager, the husband of a wife with leukemia, and one trying to run a full-time ministry, I know how hard it is to carve time out for a proper practice. We let life get in the way and that’s a darn shame. We are cheating God and our congregation by not putting the worship service practice as a priority.

What Practice is NOT

Too many churches I visit think practicing an hour before service on Sunday mornings is adequate practice.  I’ll be blunt. It’s not!  Practicing prior to service on Sunday is the worst time to practice. Everyone’s under the gun to get the songs right, some of them new song, including both the members of the band and the technical crew. Expectations are high and that’s not fair to the team, to you, and to God.

I know the reasons people practice on Sundays.  Honestly, you can’t carve out a couple of hours in the week for a proper practice? Maybe, if you’re that busy, you shouldn’t be doing worship. Maybe, you need to receive instead of give.

I know that sounds harsh and I apologize. But, if this ministry is your calling, then dedicate the time to get it right. Do you know how many hours those “highly-regarded” worship teams practice each week? Many of those “big name” worship groups don’t get paid to lead worship at their home churches – but they still practice a significant amount of time.

At a minimum, rehearse the Sunday worship service for a few hours during the week. Since I play drums and also am the technical lead, I know what both sides expect for Sunday. Worship team rehearsal early in the week, say Tuesday or Wednesday, gives the band time to work on the music, together and individually, throughout the week.

Musicians, if you have any sense of pride in your craft, practice at home and get the songs down. Having practice early in the week also gives the worship leader the freedom to change out songs if they aren’t working out. It also gives the band time to learn the new songs without any added pressure.

When the worship team gets together for rehearsal, the technical team needs to be involved. They need to be a participating part of the service team. That means the sound, video, and lighting techs need to be involved.  Everyone needs to run through the full service order, start to finish, at least once with all cues, lights, videos, and whatever other components need to appear.  Yes, even the lighting and video cues need to be practiced!

The worship team typically will practice a song once or twice, possibly more depending on the need. During this practice, it’s important from the technical team that they are as upbeat and engaged in the music as much as possible.  The worship team derives a great deal of their energy from the response of the congregation.

During practice, there is no congregation so the tech crew becomes the congregation. As a musician, I can tell you nothing kills the mood like looking up and seeing the tech team members looking completely bored.  As a sound tech, for example, you might have the mix dialed in, so enjoy the bonus worship time.  Not as bonus time to check twitter but as bonus time to worship the King.  But if you don’t have the mix dialed in – THEN WORK ON IT!

Practice is the time for the tech team to ask questions of the worship team.  Wait until the song is over before asking questions – don’t interrupt. This is also a good time for tech team members to go on stage and hear what the musicians hear via floor monitors, if those are used. Just make sure to inform the worship leader ahead of time.

For the tech team, practice time is when rookies can get much needed training. Use the practices as opportunities for one-on-one training both with rookies and with any tech who wants to hone their skill.

If you knew Jesus was coming down in human form this Sunday to your church, how much time would you devote to practice?  Just because He isn’t there in human form doesn’t mean He’s not there.

Next up, the last part of the series; Troubleshooting.