The Ten Axioms of Mixing 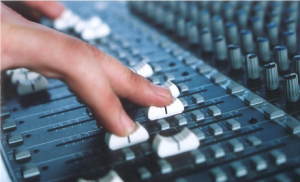 It’s easy to get lost in the nuts and bolts of mixing.  Remember these ten axioms; because when you’re up to your neck in faders and knobs, much of what you are doing comes down to dealing with these ten points.

1.    There will occasionally be someone who thinks it’s too loud, no matter how carefully you watch your volume levels.  Don’t take this as a sign of failure.  Every person has their own idea of a proper volume level.  Factoring in their age, personal music preferences, and views on church worship, it’s no wonder there will be people that disagree with the volume.

2.    Feedback kills the mood.  No matter how well you mix a band, or the entire service for that matter, a nasty feedback episode breaks the mood of the event.  The pastor and the musicians want a specific mood established.  In fact, after a service, a feedback episode might be the only thing the congregation remembers.  Taking the proper precautions during setup, you should avoid 99.99% of feedback problems.

3.    Missing a cue can kill the mood.  Mixing is more than using technology to produce a great sound. Part of producing that great sound is paying attention to more than what you hear.  You must watch the stage and the service schedule for what is going to happen next.  As a tip, if you do miss a mic cue, turn the fader all the way down, turn the channel on, and then raise the volume.  It’s better than the sudden jarring of a loud voice because the person on stage might try talking louder to compensate.

4.    You aren’t mixing for a recording.  You can easily spend every moment tweaking the EQ and effects.  The congregation isn’t there to hear a recording; they are there to worship and sing. They won’t compliment you on an exceptional mix.  Focus on getting the sound right during practice and then during the first song of the service.  Anything else should only be done to significantly improve the mix to the degree in which the congregation would notice.

5.    Vocals rule the day.  The congregation listens to vocals for two reasons; follow along when singing and listing when they aren’t singing. Therefore, treat them in your mix as the most important element the congregation should clearly hear.  You can reduce the lead vocal a little when the whole congregation is worshiping to a well-known song.  This creates a more unified sound in the sanctuary.

6.    Proper gain structure is the key to creating a great mix.  This provides less noise in the channel (signal noise) and provides the best volume level control when using the faders.  It also keeps feedback at bay.  If you don’t have the proper gain structure, you’re in for a lot of headaches.

7.    Proper microphone usage is essential to good mixing.  Sound coming into the mixer needs to be as pure as possible.  Therefore, placing microphones as close to the source as possible (both instruments and vocals) is of utmost importance.  Close mic’ing can provide a great deal of sound isolation and keep away feedback issues.

8.    Mixing loud is not the same as mixing soft. Sounds that occur outside of the mid-range frequencies aren’t heard as loudly as those that are.  That’s why a song cranked on the stereo might sound better than if it was turned down low.  Therefore, remember when mixing a softer song to adjust your EQ and volume settings for instruments that are in those high/low frequencies.

9.    You must confine the individual sounds to a smaller sonic space with a greater the number of instruments and performers. Likewise, the fewer number of performers, the greater sonic space they should occupy.  Part of mixing is spreading the sounds across the sonic space so the mixed sound is full and deep.  You can’t spread out nine instruments on top of each other and make it sound great.