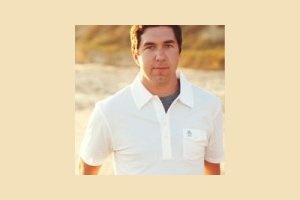 Welcome to day 3 of the review.  The conference had a ton of breakout sessions which covered audio, video, lighting, and leadership topics.  The main sessions were focused on heart issues.  You work from your head but you live through your heart, so let’s stick with your heart for a few more days.

Steve Carter, director of evangelism and a teaching pastor for Willow Creek Community Church, blessed all of us with his talk.  And then he gave us an opportunity to do something we don’t often get to do…and it’s something I’ll cover near the end of this post.

Why do you people do it?

Those are close to Steve’s words when he first addressed all of us.  He had a small list of reasons you and I are crazy to work in tech production;

Maybe knowing all of this about techies is why, at Willow Creek, he’s known as the “Pastor to the Techies.”  He recognizes that we aren’t like most people and we need someone to minister to us.  As he said, “you create the environment [and] you set the tone for people to encounter Christ.”  And I think it’s for that reason he picked a subject which SHOULD be dear to our hearts; communion.

Bread is a staple food.  It’s a food that was common among the people during the time of John and still is common today.  Breaking bread was a way of being bound together much like becoming family to one another.  During the times of John and of Christ, “biblical times,” bread was passed around the meal table and each person would break off a piece of bread.  To break bread with another person was, in a way, treating them like family.

Breaking bread was (is) more than passing a loaf of bread around a dinner table and taking your share.  Breaking bread is about being bound together.

“…The Lord Jesus, on the night he was betrayed, took bread, and when he had given thanks, he broke it and said, ‘This is my body, which is for you; do this in remembrance of me.’  In the same way, after supper he took the cup, saying, ‘This cup is the new covenant in my blood; do this, whenever you drink it, in remembrance of me.’
-1 Corinthians 11:23-25

The breaking of bread has taken on a whole new level of symbolism for the believers in Christ.

And then you have the technical production crew.  You are behind a camera, behind a mixer, behind a switcher, behind something that either keeps you from taking communion with the congregation or gives you an excuse to pass on it.  I’ve been guilty of this myself from time-to-time.  I let “producing the service” take precedence over the act of communion.  But, did I always have the opportunity to take communion when a lot of things were happening on stage?  No, and that’s ok…and here’s why.

The Right Time to Take Communion

There is no time that works for every tech at every church.  The more I think about it, the more I’m ok with that.  Worshipping Christ requires 100% of our attention and that’s why you can’t worship when you are on duty.  Taking communion takes but a moment in passing but the importance of that moment is not one that should be equated with brevity.  You could take communion with the rest of the congregation if that works for your situation but why not go one better.  And that leads me to Steve’s words at the end of his talk.  His words…and the opportunity he presented to us.

Take it as a Team

I wish I could quote Steve’s words.  At this point during his talk, I didn’t want to miss a word he said.  It came down to one idea, one moment in time, one opportunity when Steve announced there were communion tables throughout the room and ALL OF US were invited to partake in communion.  I had no levels to watch, no faders to move, and no audio production to oversee.  What I did have was time to take communion.  Steve took this to another level.  He encouraged us to go with our tech teams and take the communion together, out in the hallways or throughout the room, wherever we found a place.

As the situation happened, I was attending Gurus by myself but met up in the morning with a great guy named Roger Blalock.  He, like me, was there by himself.  We bonded and hung out a lot and as God would ordain it, we were sitting next to each other when Steve called all of us into communion.  Roger and I both had the same idea; let’s take communion together.  You and I are all brothers and sisters in Christ and we are all on the same team.  We took communion together, we prayed together, and we felt blessed because of it.

Tomorrow, reviews of talks by Alberty Reyes and Curtis Templeton.