Three Methods for Adding Depth to Your Mix 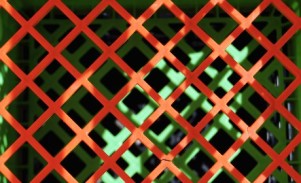 Depth gives dominance and can even change the emotional feeling of a song.Photo provided by andrewatla – CCSA

I couldn’t believe my eyes!  The sound check was over and the sound guy had all the volume faders set at zero and all the EQ pots set at the noon position.  Listening to the music during the service, it was obvious there was no depth to the mix.

That was probably 20 years ago but the memory has stuck with me.

Mix depth is the mix arrangement of sounds in a spatial manner so instruments and vocals are perceived as having aspects of dominance and distance which can provide clarity in the mix and evoke difference emotions.

An Example of Mix Depth

One of my favorite songs is “Agnus Dei” by Michael W. Smith.  Listening to the version on his “Worship” album, I hear the following;

Listening to the full chorus halfway through the song, where it all builds, the dominant sounds are;

This makes sense.  The lead vocal should be on top and, in the case of “Agnus Dei,” the backing vocals should support Smitty’s vocals.  Then, you have the piano, the primary instrument, playing the melody.  After that, you get into guitar and drums and keyboards.

The Benefits of Depth

The Three Methods for Adding Depth to Your mix

There are three ways you can easily add emotion and clarity to your mix;

This one is the most obvious and should be a normal part of your mixing.  The louder an instrument in the mix, the closer it will seem.  The softer the volume, the more distant the sound.  Take rain for example.  When it’s raining all around you, the rain is right on top of you (upfront in the mix).  That same rain will make the same sound, but softer, when it’s farther away.

The lead vocal and the lead instrument should be the loudest in the mix.  After that, use volume to place sounds in their best relative positions.  This is covered in-depth on the chapter “Volume Balancing” in my Audio Essentials guide.  For example, while backing vocals could be used to support the lead vocal, they could match the lead vocal, or they could be set far back in the mix for an ethereal sound.

The more reverb effect you give to a sound, the more distant it will sound in the mix.  Used in combination with volume differences, you can create a huge amount of perceived space in the mix.  Back to Agnus Dei…when the song ends with the repetitious phrase of “Worthy is the Lamb, you are Holy, you are Holy, are you Lord God almighty” there are three voices; Smitty’s voice, the choir, and a male vocal.    Smitty’s voice stops and you hear the choir (backing vocals) and a solo male voice.  Both the choir and the male voice have a lot of reverb and even though that male voice sings a bit differently as far as his timing, he is sitting distantly in the mix.  The two are different and distinct and distant.

You might have an acoustic guitar playing rhythm with the piano driving the song.  You’d want the piano to be a little louder in the mix but you could also add reverb to the guitar so it sounds like it’s farther back in the mix.

The process of equalization is a normal part of separating out sounds from one another so they each have their proper place in a mix.  I often use the analogy that mixing is like painting.  Each sound is a color and you want a painting of a wide variety of colors.  But how can you use EQ to add depth?

Any time you reduce the presence of an instrument by cutting it’s primary frequencies, you are moving it back in the mix. Let’s look at the use of highs and lows for adding depth.

The more low-end from an instrument, the more forward it’s going to appear in the mix.  Take the kick drum or the bass.  Crank that low end and it’s in your face.  Reduce it significantly, and the instrument is sitting way back in the mix.

Take the example of that lead acoustic guitar I just mentioned.  You can combine volume, reverb, and EQ to place the instrument exactly where you want it.  You’d use the volume to place it in the right relationship with the other instruments for that particular song.  Then, you’d use reverb to further give it a unique depth placement and unique sound.  Finally, you’d use EQ changes, such as boosts in the high-end range to give it the feeling of just breaking through into the mix so it stands out to carry the emotional feel you want.

The next time you are mixing, pick one instrument and try moving it to different depths in your mix.  Notice how much that depth adds or takes away from the quality of the mix.