Track Down The Buzz In Your Sound System 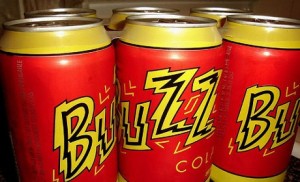 Time to can the buzz and move on.
Photo provided by ctoverdrive

Buzz in an audio system might be the most annoying sound you’ll ever hear.  A close second is the first unexplainable rattle emanating from your new car.  Buzzy audio has been the source of many an email I’ve received and today you’ll learn the process for tracking down that audio buzz and stopping it.

Audio system noise comes from a variety of sources.  These sources include;

It’s that last one which is covered in this article.

The first step you should take in tracking down the source of buzz is determining where the sound is emanating.  There are four primary areas where buzz can emanate;

Tracking down buzz, in-ears and recordings aside, start by turning down the house volume.  If you still hear it, it’s coming exclusively from the monitors.  Otherwise it’s in the house or the house as well as the monitors.  A simple test for monitors is asking a musician to listen to the monitors when the band is quiet.

Audio is routed through your system in many different ways and therefore, when you know where the buzz is emanating, you can focus on the signal chain for that particular output.

Locating the general source of the buzz

Ask the band be quiet.  Then, either boost the monitor or the house volume depending on where the buzz is emanating.  Next, mute your channels one-by-one.  Dealing with a house-speaker buzz, you should be able to find the offending channel if it is a channel-specific problem.  Dealing with monitor-specific buzz, make sure your channel aux sends are set to post-fader so when you mute the channel, you are also muting the monitor aux send.

Find the specific source of the buzz

Let’s pick on the ‘lectric guitar because they have the most gear on the stage.  Going through the above process, let’s say when you mute the electric guitarist’s channel that the buzz goes away.  Looking at the signal path from the guitar to the mixer, you have*;

*The above can be more complex if they run through an amplifier on the stage.  Make a note if they do and adjust your definition of their signal path accordingly.

Start with the area that’s most likely to cause the buzz; the cable into the electric guitar.  Ask the guitarist to unplug that cable and plug it back in.  Often, it wasn’t fully plugged in and this will solve the problem.

Next, ask them to plug their guitar directly into the direct box.  You will be bypassing their added equipment and will quickly find out if the buzz is or isn’t from their processing units.  If the buzz goes away, ask them to re-seat all the plugs in their pedals and try again.  If the buzz didn’t go away when they plugged into the DI box then have them flip the ground-lift switch.  If the buzz goes away, you know it was a grounding issue either caused by ground loop hum or an instrument grounding problem which you can later investigate.

Whenever you have buzz that’s coming from a particular channel, you have two possibilities; anything coming into that channel or, the channel itself.  You can figure out how to run out all the possibilities on the stage.  The key is swapping out gear until you find the source of the problem.

Back in my radio days, one Sunday afternoon, the station was broadcasting a live NFL game for the Indianapolis Colts.  We had a cable patch bay for routing the satellite signals to the broadcast booth.  I had to completely crank the volume on the broadcasting mixer to get any decent volume from the satellite.  Bad cables can produce a variety of results, from no sound to low sound to buzzy sound.

You might have channel problems on the board.  A quick way to test this is by swapping the input cable from that channel into a different channel that’s functioning correctly.  Also, be aware of any rack equipment you have plugged into a specific channel.  These could be compressors or effects units for example.  Unplug those to remove them from the signal chain and listen for the buzz to go away.

What if it’s not channel related?

The good news is buzz that appears today that wasn’t their yesterday, is probably channel-related.  The reason is moving parts.  For example, plugging in a guitar cable puts wear and tear on the components.  The more wear and tear, the more likely to wear out.  That being said, all equipment eventually fails.

Buzz coming out of the system, which isn’t created before it enters the mixer, means you likely have equipment failure of the expensive nature.  Yeah, sorry about that.  It’s possible a cable has gone bad or equipment was bumped which pulled out a plug part-way.  But, well, ummm, one can only hope it’s that cheap and easy.

Back to finding the source

Tracing the signal flow for a simple setup, the sound goes from the mixer into a house EQ then into a limiter then into the amplifier and then out to the speakers.  Cross your fingers, say a prayer, and start by checking all cables are properly seated in the signal path.  Turn off the power before you start re-seating cables.

From here, start swapping cables.  Of course, make sure everything is turned off before you do anything.  You are a bit limited in what equipment you can swap unless you have spares of everything or can pull from another system.  Consider bypassing the house EQ and then the limiter.  I’d bet dollars-to-doughnuts that the problems won’t go away and that it’s in the mixer, but you just never know.  Also, I have never bet dollars-to-doughnuts because I’m not usually flush with doughnuts.

There are obviously many ways equipment and cables can fail.  There are two questions you must then ask yourself;

Regarding the second question, I could easily spin off into talking about budgets but I’ll keep it short with these few bits for your consideration;

Fixing versus replacing isn’t a question of which is cheaper, it’s a question of what makes more sense.  For example, if it would cost $500 to fix your $1000 mixer, it might be the time to go ahead and get that mixer upgrade you’ve wanted.  However, if it only costs $150 to fix it, then just fix it.   Cables can be replaced or repaired at little cost.  Do what makes sense.  As well as being the person in control of the audio system, you are also to be a good steward of money.

Audio buzz usually comes from only a handful of places like; equipment, instruments, and cables.  The key to tracking down the source of the buzz is identifying the output and the general source.  Then, narrow that focus and find the specific source.  It’s detective work and you have to follow the clues.

Finally, signal-related problems such as this are covered in the Line Check chapter in my Audio Essentials for Church Sound guide.  You can learn how to quickly diagnose and resolve signal problems.