What Federal Jury Duty Taught Me About Leadership 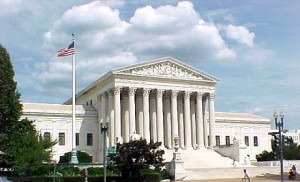 Have you ever wondered what it’s like being a juror on a high-profile court case?  This year, I had that opportunity.  Was it hard work? YES!  Was it enjoyable? YES! Did I learn anything from it?  Of course!

It was an honor and a privilege to serve as a juror in a Federal courtroom.  I was blessed to be on a civil court case with two of the city’s top trial attorneys as well as a highly respected Federal judge.  It was a once-in-a-lifetime opportunity.

This particular case was a high-profile case because of the names of the people involved as well as a brand name.  This means that, on the eve of our deliberations, the TV’s trucks were parked outside and newspaper reporters were waiting in the courtroom.  And I’ll answer the question before it is asked; no, we were not sequestered and forced to live in hotel rooms.

A note on TV courtrooms

Please know that television courtroom scenes don’t do justice to what really goes on in a courtroom.  For example, closing statements aren’t one minute long. Try one hour…per attorney.  Suffice it to say, based on what I’ve seen and experienced, I’d rather be a juror in a real courtroom than one as portrayed on television.

I learned a lot from my experience.  Some of what I learned was new to me.  Some of it was learning a better way of doing something.  Most of it represented the qualities of a good leader.

Leadership lessons from the judge:

1. Bring calm before the storm. Every morning, before the case would continue, the judge would talk about a variety of topics not related to the case.  For example, one morning, she told of the history of our courtroom and the discovery of the hidden murals during a renovation project.  Another day, she reminded us that jury duty was no excuse to skip out on our responsibilities for the upcoming Valentine’s Day.  In light of the seriousness of being in a Federal courtroom, she reminded everyone of the beauties of life.

2. Be aware of the needs of others.  The judge was very respectful of everyone’s time.  She wouldn’t allow the attorneys to go past 5:30pm, on all but one day, because she verbally recognized that “we the jury” had lives and families outside of the courtroom.

3. Hold others to high standards.  The attorneys would, on rare occasion, try to slip something by the judge or the other attorney.  Perhaps it was the question they asked a witness or how they formed the question to the witness.  Once, the judge politely said, “Councilor, you know better than to ask that question.”

4. Educate in a way that everyone can understand.  The judge instructed us in several areas of the courtroom process.  The two primary areas were in our behavior during the case (what we could and couldn’t do) and in how we were to proceed in the deliberation process.  Much of the information, particularly on the deliberation end, was very detailed.  She would use simple analogies and examples to relay the information to us.  And in doing so, she never talked down to us.

5. Always talks in a friendly tone unless necessary to do otherwise.  This particular trait made an impact on me.  There would be times when a witness or attorney would say something which needed handled by the judge.  It could be as simple as asking a witness to speak up so the court reporter could hear or asking an attorney the reason for their line of questioning.  During the majority of these times, the judge would do this with a smile on her face and do so in a friendly tone.  Not only was she conveying the point she needed to make, but she wasn’t being heavy-handed about it.

6. Take heated discussions offline.  There was a particular time when one attorney vehemently objected to the other attorney’s line of questioning.  It was obvious, as the two judges and the attorney continued to talk, this wasn’t going to be a short discussion.  Therefore, the judge excused the jury for a break while she and the attorney’s worked out the issue.

7. Express gratitude.  The judge continually thanked us for our patience, our adherence to her instructions, and our focus in the courtroom.  And the biggest thanks happened at the end of the trial, after the verdict had been read. This part is a story in itself so I’ll reduce it down to this; leaving the courtroom for the last time, we shook the hands of the attorneys and the judge, for we had all worked together and in a manner fitting of our respective roles.

Leadership lessons from the attorneys:

1. Quickly admit when you are wrong.  There were times when an attorney would ask a question they should not have asked.  There are rules for the types of questions that can be asked of witnesses, character witnesses, and experts.  If the judge or the other attorney objected, the attorney would usually say, “you’re right, that was a bad question.  I’ll rephrase that.”

2. A smile on your face gets you farther than a scowl.  Call it Hoosier hospitality, call it friendliness, call it what you will but it seemed a witness would be more likely to give helpful information when they were asked with a friendly demeanor.

3. Don’t be afraid to laugh in the heat of the moment. Even during the serious proceedings, there would be a time when an attorney or judge would say something funny – and it was ok to laugh.  For example, when attorneys would call out exhibits, they would call a reference ID such as “Exhibit 123” or “Exhibit AB.”  As some letters can sound the same, such as M and N, the attorneys would say things like “Exhibit NC – Nancy Carl.”  One day, an attorney said, “let’s look at Exhibit MK, as in, um…Missionary Kid.”

Leadership lessons from the court assistant:

1. Stressful situations can be improved when you care for the needs of the people involved. The court assistant did a wonderful job of caring for us.  She’d check on our drink / snack supply, note-keeping supplies, and most importantly, our general well-being.

2. We’re all in this together.  The court assistant did a wonderful job of reminding us of the character of the judge and the experience of the attorneys.  While it’s obvious our roles were vastly different, it was comforting to think of everyone as a team.

*This article not available for reprint/syndication.