Why There is No Perfect EQ Setting 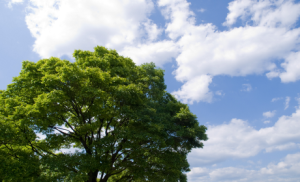 A long time ago, in a sound booth far far away, I once asked myself the simple question; where is a chart that tells me the perfect eq settings for each instrument and vocal?  I assumed that setting eq, being based on known frequencies, was as simple as doing basic math.  Then I learned it wasn't like that at all.  But I get this question on the blog or via email so I this morning, I'll explain the answer.

The immediate easy answer is "there is no chart; it's a mixture of art and science."  Even as I say those words, I'm not a fan of how I've said it.  The reason is it doesn't explain why.

Why mixing is part art and part science.

Driving into work, I was thinking about this very question and the image of the tree in my yard came to mind.

Throughout the year, the tree is different.  However, in each different state, beauty is still seen.  And therein is the art and science of mixing.  God created the tree and it's unique structure.  Given that structure, he is able to use its shape and characteristics and environment to produce a variety of colors that were beautiful in that setting; even evoking different emotions as one looks upon the tree.

Mixing a guitar starts with learning the unique characteristics of a guitar; how it makes sound, how one guitar sounds different from another, how the type of strings affects the sound.  Then, based on the band, the song, and the genre (think of all this as the season of the tree) you can modify the eq settings SO THAT IN THE GIVEN ENVIRONMENT, the guitar sounds beautiful.

Where do I start?

Honestly, it helps a lot to play an instrument yourself.  I play the guitar.  Because of my intimate experience with my guitars, I know the concepts of tone and depth and warmth of the guitar.  Also, by playing guitar, I've naturally listened to the guitar placement in a lot of songs; whether lead or as a backing instrument.  I don't like to talk so much in my articles about me as I want to focus on you.  However, well…let's move on to you.

How does playing an instrument help in my mixing?

The mixing console allows you to add to the nuances of an instrument in a song and place it in proper relationship to the other sounds.  The easiest is volume control such as lowering the volume of an instrument so it's supportive of another.  But then we are back to eq'ing.  An instrument that is supportive of another is one that doesn't focus on the same frequencies as that instrument.  An instrument that is meant to add highlights to a song would be one where it's frequencies are not crowded in the mix; they can even be the only instrument focused on the fundamental frequency though I see that more in high-end frequency instruments like bright percussion and brass.

What about frequency charts?  What can I do with them?

I like to think of instrument frequency characteristics as their color.  Let's say the guitar plays in blue.  Depending on my eq settings, I might make it a bright baby blue, a dark blue, even a royal blue.  By cutting and boosting the fundamental frequencies of the guitar, I'm altering the color while maintaining its basic "blue-ness."  Then, as I consider it among all the other instruments and colors, I can create the colors that work best together.  I can also boost or cut the harmonic frequencies to affect the color.

You might now ask the obvious question…"but so many instruments use similar frequencies (sometimes the same) so what makes them unique?"

Printers use four basic colors; cyan, yellow, magenta, and black.  These four colors produce hundreds of thousands of colors when mixed together.  Your instruments might be cyan or black or yellow but when you look at all the ways you can alter their color and combine them with others, you get jazz and rock and pop and country and classical music.  You get music that makes you dance.  You get music that makes you weep.