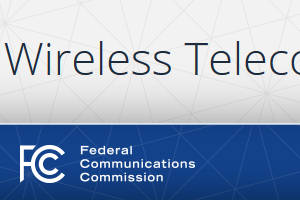 Originally, the United States Federal Communications Commission (FCC), auctioned airspace in the 600 MHz band.  Users of wireless systems like microphones, in-ear monitors, and intercom systems were to have until the year 2020 to vacate that space.

The auction resulted in frequencies from 614 to 698 MHz being auctioned to companies, including cell phone companies like T-Mobile.

Dan Daley posted up this article that highlights how the auction winners are already using this space despite the notice sent by the FCC that we’d have a few years to comply.  Check out the below highlights from the article.

Joe Ciaudelli, director of spectrum affairs at Sennheiser, said, “The year 2020 might seem far off, but because spectrum buyers can begin using their new bandwidth as soon as its paid for, wireless microphone users…are going to feel the impact sooner than others.”

According to the article, just before a live event at a theater in Manhattan was to start, all the wireless microphones were disrupted by a 600-MHz cellular-phone signal that turned on in the building. Fortunately, the “on-site RF coordinator identified the source and the operator of the 600-MHz transmission node cooperated and turned off.”

What companies are quick to use their newly purchased airspace?  Cell phone providers.  Before we start throwing stones, we must recognize the growth of wireless technology and our love of checking email, Facebook, Instagram, and even remote mixing comes at a price.

As an update from a reader who discovered this on the FCC’s web site:

“Many frequencies in the TV bands that had been available for wireless microphone use prior to the auction will continue to be available after the transition period. These include:

If your wireless microphones can be set to use frequencies in these small areas, you can get a little relief.  And please note the difference between licensed and unlicensed.  Unless you have a license specific for your location, you’re unlicensed.

While the ruling is specific for the USA, people within 50 miles of the border might want to prepare as well because cell tower coverage can overlap in some areas.