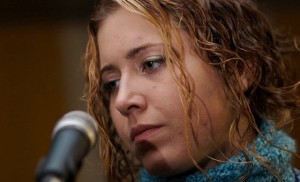 Don’t disappoint your musicians with feedback in the system. 20after4

The low hum you hear is not a distant cargo plane.  It’s not your local television helicopter.  It’s the beginning of the end… it’s feedback.

Sooner or later every sound system operator experiences feedback.  Most people think of feedback as that dreaded deafening high-pitched squeal resulting from a bad combination of mic gain, mic location and speaker volume, but feedback often begins as a low pitched hum.  If you recognize it early and correct it quickly, most people won’t notice.  Your reputation as a sound system operator will go untarnished and your sound-savvy colleagues will congratulate you on a good save.  Let that hum turn into a squeal too many times and your name may stop showing up on the schedule for the sound system ministry.  This article will get you well on your way to banishing feedback.

There are other causes for a low pitched hum in a sound system, but you should learn to recognize the tell-tale hum of a sound system on the verge of feedback.

What is Feedback?
Feedback is the result of cycled sound.  In short, a microphone amplifies sound coming from a speaker which is then amplified by the sound system and passed out the speaker back into the microphone.  This cycling occurs at an exponential rate.  Feedback commonly occurs when stage monitor speaker volumes are set too high and/or the person using the microphone is standing too close to the monitor.

How Can I Prevent Feedback?
I. Set up the Sound System For the Room (Tuning the House EQ).
In any given room some frequencies will be more prone to feedback.  Hire a qualified, experienced, well-respected sound technician to tune the house EQ for the room.  Using a spectrum analyzer, they can play audio through your sound system and see what frequencies are out-of-line.  Using this information, they will set your house-level equalization unit to correct those frequencies.  The result is a better sound and less feedback.

II. Proper Stage Setup.
When you arrive an hour before the service (hint-hint) to set up the system, the stage, and test all media, pay particular attention to how you set up the stage.  Place microphones out of range of speakers and pointing away from speakers.  Then, talk with the staff/service leaders/worship singers/etc about proper microphone placement.  Lapel microphones should be one hand width from the person’s chin when they put their chin to their chest.  Handheld microphones should be up to the  user’s mouth.  Tell the handheld users that YOU control the volume and THEY don’t need to worry about moving the mic back and forth to do so.  The closer the microphone to the source of the sound, the less volume you have to send out and the less likely to get feedback.

III. Know The Limits.
You can force a microphone to feedback.  If you give it enough volume on the mixer (console) then you’ll get feedback.  Why would you crank the volume so high?  Here’s a common example; someone who is not accustomed to using a microphone and may be uncomfortable with public speaking is shying away from the microphone and speaking softly.  In this case, you need to bring up the volume.  However, microphones can’t pick up sounds well  that are more than a foot away.  Boosting the volume will only result in feedback.  When you are rehearsing for your service, crank the volume up on each microphone as it’s being used.  See where the feedback starts and then make a mental note not to raise it that far during the service.

IV. Turn it Off.
Plain and simple…if no one is using a microphone, turn the volume all the way down and then turn off that channel.  This isn’t always necessary if the microphones are placed in good locations and not apt to pick up secondary sounds.  I place microphone channels in groups and control the overall volume to those mic’s with a group.  However, if our pastor decides to walk to that portion of the stage with his lapel mic, I’m turning those mic’s off.  It’s not the main speaker’s I’m worried about as much as the monitor speakers.

A limiter is a compressor with a quicker attack time. It is used for a safety device in live applications to prevent sudden spikes in volume like a dropped microphone or any other sudden sound blast.

Feedback eliminators work by either limiting offending frequencies as they occur or by shifting the pitch of the sound slightly so the source sound and the output sound don’t match so feedback won’t happen.  This is not good for musical applications because the pitch of acoustic sound coming from an instrument will not match the amplified sound.

If your sound system consists of turning on an amp and talking in a microphone, you could benefit from a feedback eliminator.  Otherwise, consider the other pieces of gear.  In either case, consult a well-respect sound professional so you buy the right gear the first time.

Feedback will break the mood of a worship service.  Follow the proper techniques as I’ve listed and feedback will become a thing of the past.