Virtual sound check enabled; check.  Parametric EQ set for guitar; check.  Small frequency band notched to bring out clarity of singer; check.  Reverb added; check.  Saved as a preset for next Sunday; check.  Easy-as-pie to do all of this; CHECK!  Moving into the digital realm of mixing can be costly and carry a huge learning curve.  Not anymore.

The first time I heard about the Presonus StudioLive mixer, I was hopeful.  Then I saw a picture of the mixer and the very very small digital LCD screen and I though “less options and even harder to use.”  I was wrong.

PreSonus has created a digital mixer your church should consider if you are looking into moving into the digital arena.  It does lack a few features, as I’ll cover, but its existing features are outstanding.

Time to Drop Your Analog Mixers

Digital mixers provide a lot of benefits over their analog counterparts when the sound tech knows what they are doing.  It’s like giving a four-wheel drive truck to a driver on a snowy road.  Those who know how to drive in the snow will navigate successfully while those who don’t will likely end up in the ditch.  Just because the technology is there doesn’t guarantee it will benefit you.

This brings us to digital mixers.  Digital mixers give you the ability to interface with computers for digital audio workstations.  They give you the ability to save and recall settings.  They provide a lot of added functionality compared to analog mixer.  The problem is many times there is a high learning curve.  High learning curves and mixer complexity isn’t what is needed in the average church environment.

The StudioLive gives you;

The Number One Reason StudioLive Rocks

The StudioLive uses what they call a “fat channel.”  Simply put, when you select a channel, all of the controls in the center of the mixer are specific for that channel.  You can see all your settings in one glance.

This means you get physical controls with LED displays for; 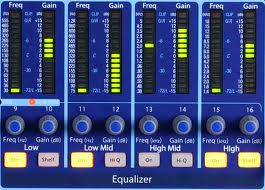 AND (I love this part) you can save your settings.  Let’s say you set everything for the channel and want to save it for next Sunday’s service – no problem.  The settings are saved!  Let’s go one further…you can copy fat channel settings across channels.  Great for setting the foundation for vocalists.

[One setting not saved is the gain structure.  More on this in a later section.]

You’ll love the fat channel implementation with knobs and the LED readout for each.  The way you see this in other digital mixing boards is through a combination of knobs and settings displayed via an LCD screen.  Given my choice between a built-in computer screen and the fat channel design, I’ll take the later.

Before jumping into all of the other features of this sound board, I absolutely have to talk about the learning curve.  The first time I played around with the mixer, I figured out how to do 85% of the work in fewer than five minutes.  That’s without having watched or read any tutorials about the board.  A few days ago, I watched a great free webinar and can honestly say that with about an hour of video under my belt, I’ve taken care of a good 10%.  I’ll be honest, there are some advanced areas I don’t have down pat but without the mixer in front of me, it’s hard.

What about the most novice of sound tech’s?  Not a problem.  The PreSonus StudioLive comes with vocal and instrument preset’s.  For example, let’s say you set up the band on stage and you’ve got a drum kit.  You want to set the snare drum settings.  You can go through the fat channel settings and set it so you like it *OR* go to the digital screen and pick the snare drum preset.  Oh, you’ll want to tweak it a little for your needs but for the novice, it’s a dream.

Multi-track recording with this mixer gives you the ability to; 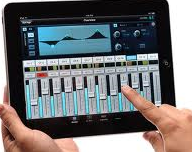 The wireless control option via an iPad is simple to use.  It’s set up much like the mixer itself except when you select a channel and turn the iPad 90-degrees, it shows you the fat channel options.  Not sure you would ever use it?  Set your mix with your existing board and then walk around the room.  Hear something you want to tweak?  Don’t you wish you were wireless?

When the mixer is hooked up to an external computer (mac or pc), you simply hop on your wireless network with your iPad to access the mixer.  The range is only limited by the range of your WiFi network.  BTW, you’ll want to lock down your wireless connection or you might become the target of a practice joke by another one of the sound guys.

Hook up the mixer to a mac or a pc and using the suite of tools provided by PreSonus, you can have multi-track recordings, external processing, and that virtual sound check option I mentioned above.  You can even use drag&drop functionality on your channel presets.

The software provided with the mixer includes;

Multi-track recording is not complex.  It’s a two-step process.  Nothing else to do.  Watch as the tracks are streamed onto your computer via Firewire.

Two 32bit effects processors with a variety of included effects types.  Pick your effects and apply the degree of the effects the in the fat channel.

Not only can you save individual channel settings, but you can save and recall the whole scene.  Imagine getting back all the settings for the band in mere seconds!

The sky’s the limit.  Create submixes for your aux sends (submixes for Aviom/hearback users).  Use aux sends for monitor wedges.  Control the effects usage on the auxes.    Same fat channel control.

This could be a deal-breaker for you depending on your usage.  All those fat channel configurations can be saved, even fader position.  However, the gain (trim) for the channel cannot be saved.  They do give you a printable template in the manual for taking note of the trim position but it’s definitely not ideal for quick scene changes.  There are a few ways you can look at this;

In the case of needing quick scene changes, you could find “average” gain settings that could be used across different needs – not optimal but would work.

The effects on this board are controlled by two effects processors.  This means that while the fat channel gives you all sorts of control, the effects used on each channel are limited to the two you have picked (Hall reverb & Delay for example).  You can give more or less of the effect but you can’t have Hall-reverb with Delay on one channel and Room-reverb and Delay on another channel.  Considering most analog mixers don’t even have built-in effects, I’ll take what I can get.  I also don’t know how many church sound tech’s would be comfortable with such a wide range of control if they did have it.

No 32 or 48-channel versions available.

They do allow you the ability of linking mixers of the same model (16.4.2 & a 16.4.2 for example).  However, you can lose the computer recording functionality.  Pair 2 16’s and everything is fine.  Pair 2 24’s and you lose the functionality.

I’ve debated about listing this but I decided to list it because given the number of motorized faders on digital mixers, it is an issue that needs discussed.  Motorized faders enable you to control the mixer remotely.

The StudioLive even has the remote control access.  But they don’t do it with motorized faders.  Instead the fat channel area becomes an area for “fader locators.”  They use the LED displays to indicate where the fader should be and it’s up to you to move the fader to that position. Based on Rick Naqvi, a PreSonus rep, it was a price-point consideration.  The motorized faders would have added $1500 to the price.

Having seen it used remotely, the fader locator option works quite well.  It’s not a deal-breaker by any means.  However, know that motorized faders aren’t available.

What you need to know before buying a StudioLive

The 16.4.2 and the 16.0.2 are noticeably different.  The 16.4.2 has more mic preamps, more FireWire streams, more graphic EQs, longer-throw faders, and more bands of parametric EQ than the 16.0.2. The 16.0.2 does not have digital outs and analog direct outs nor the ability to daisy-chain mixers.  The StudioLive 16.0.2 is smaller and lighter than the 16.4.2 and is the only mixer to offer MIDI control over main output level, effects levels, routing, and scene change.  Get the 16.4.2 or 24.4.2 if this is your first digital mixer.  The 16.0.2 has its place but being the primary mixer for a church is not it.

Are you working with a portable church, setting up in a school or other building every weekend?  If so, don’t buy the cheap canvas case for the mixer.  Instead, spend the money on a pro-quality hard case.  These are the cases with the reinforced metal corners and locking mechanisms.  Digital mixers are full of sensitive circuit boards and a canvas case doesn’t offer you any protection from bumps or drop.

The PreSonus StudioLive gives you so much control at such a great price, with such a low learning curve…however, it does have a few short-comings that you need to take into consideration.

Is it a perfect mixer?  I wanted so much to say yes; but it’s not.  At the price, you get a lot of great functionality.  But at the same time, at that price, you do see limitations.  There is a reason that mixers can run $10k and beyond.  However, for around $3k for the 24.4.2 you can do a whole lot and do it well.

This article not available for reprint without the express written consent from behindthemixer.com