Setting Up Channel Assignments for Better Workflow: A New Method 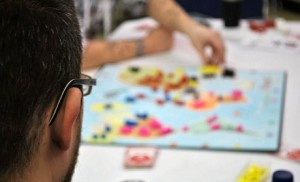 Using a strategy, you are setting yourself up for success.Photo provided by derekgavey

A famous quote goes, “he who hesitates is lost.”  Expanding on that; he who hesitates misses a mic cue.  The number one place where I see techs hesitating is when they are looking for right mixer channel.  Let’s put a stop to this hesitation.

Laying out your channels, in a logical manner, is about more than putting an end to hesitation. Here are four ways you’ll benefit from a channel assignment plan (CAP);

The first one is the strategy that most techs are likely to adopt but it’s not necessarily the best.  This strategy assigns channels to the mixer, from left to right, just as the band is located on the stage, from left to right.  It would be like drawing a picture of the stage and assigning the channel numbers starting on the left side of the page.  I’m not opposed to this strategy, as it places the channels in a logical order in relation to the stage however, it doesn’t group sounds together.

The second strategy revolves around grouping.  Instead of using the stage order as the basis, you use the frequency range of the sound, and the type of sound as a basis.  For example, starting on the left side of the mixer would be the drum kit (kick, toms, snare, cymbals, and high-hat) then you’ve have the bass, electric guitars, acoustic guitars and so on until you got to your vocals.  Then you’d group your vocals into lead and backing vocals.  An important part of using a CAP is using the same assignment locations each week.  The problem with this strategy is you don’t have any room for changes.  The moment the band adds in a new singer or musician, you’ve got to either re-do a lot of the assignments or add the new assignment to the end, which kinda defeats the purpose of the CAP.

I’m not introducing a revolutionary new strategy.  It’s nothing complicated.  In fact, it came to me in one of those “AH HA!” moments. 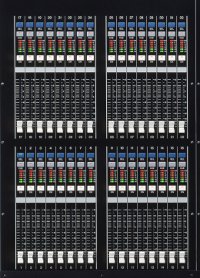 Channel setup in the M7CL.

This new CAP is a blend of the second strategy where everything is logically ordered, along with the inclusion of empty channels for expansion.  Honestly, I know how simple this strategy sounds but it’s these sorts of “little things” that add up for really improving your skills.

How to implement it

Using spreadsheet software, create a list of all of your normal inputs.  This includes EVERYTHING!  Each drum kit mic, each vocal mic, each podium mic, whatever your input sources.  Next, list them in a logical order based on frequency usage, as I mentioned above, wherein the drums start on the left side, then the bass, then the electric guitar and so on.

Now that you have the ordered list, count how many inputs you have listed and compare that to the number of channels you have available for those inputs.  For example, if you have a 24 channel mixer and 4 inputs are for playback devices like a computer and a CD player, then you have 20 available channels.  Let’s say you have 12 inputs on the stage.  This means you have 8 free channels.  Use these channels as your expansion channels.  Therefore, you might have the drum kit, then an empty channel, then the bass and the electric guitars and then another open channel.  Add those into the spreadsheet.  You now have your new channel assignments in a logical order, that doesn’t need to change, and gives you room to grow.  Plus, you get a buffer between channel groups.

Tip: If you have a different worship bands, use the same CAP for all of them.  Just make sure to create the CAP with the largest band in mind.  This way, sounds, like the electric guitar, are always in the same location even if it’s a different musician.

Being in charge of audio production, you have a lot of responsibilities and you have to keep your ears and eyes open all the time.  You shouldn’t be hesitating when you reach for a channel.  You should know where the instrument is routed each week.  Using a channel assignment strategy, you’ll have all of your sound inputs routed to the same channels each week.  You can now put an end to your hesitation and get on with your mixing.