Gating | Open the Gate and Let the Good Sound Out. 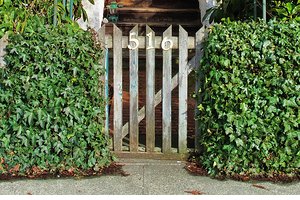 The problem with mixing music is sometimes you get too much sound coming through your system.  I’m not talking about sound volume, I’m talking about unwanted sound, sound that’s not beneficial to your mix.  But how can you eliminate unwanted sound?  This is where gating comes into play.  Audio gating enables you to control when sound enters your system and when it leaves.

Benefits in your mix can be gained using gating in two areas;

A Problem with Gating

Musicians could play their instrument quieter as part of the arrangement.  For example, a soft hit of the toms could be part of the first verse.  If your gating is set with a low threshold, then your system might be gating out those toms and not broadcasting them.  It’s times like this where digital mixers with scenes are a great way for setting different gating structures per song.

The controls (parameters) for controlling gating are very similar to those used in compression.

The audio gate is closed (no sound coming through) when the audio volume is below the threshold.  The gate is open when the sound exceeds the threshold.  Don’t think that you can easily set the threshold.  Much like mentioned in the problem with gating, musicians play instruments at different volumes, especially instruments where gating is helpful, like drums.  Therefore, the threshold you set for an instrument, like a snare, might need to allow the drummer a bit of room for natural volume differences in their playing.

Did I mention the gates don’t complete mute the sound.  Consider these as picket-fence gates.  The gates actually attenuate the sound by the degree specified in the range setting.  The range defines how much the sound is reduced below the threshold.  For example, you can set the range to -20 dB for a gate.

WHY DOES IT HAVE TO BE SO COMPLICATED!?!

I’m glad you asked.  The problem with completely muting certain sounds is they then lose their natural sound.  For example, if you had such muting, it’s possible your mix would sound like a group of instruments and singers abruptly starting and stopping.  Unnatural.

Release controls how quickly the gate closes.  Consider this the rate of controllable decay.

The last of the parameters is called Hold.  And this is where the art and science of mixing really come into play.  The hold time controls how long the gate stays closed, once it’s closed.  For example, you can set the hold so that even if the threshold is reached again, the gate stays closed until a certain amount of time passes.  The benefit of the hold parameters is allowing a natural decay to occur before the sound is allowed to come back in again.  I’m not saying you always want to use a high hold time, but it is yet another control you have over shaping the sounds going out of your system.

You can see all of these in this chart of how gating would affect incoming audio;

Gating is another way of shaping and controlling the sounds in your mix, just like reverb, delay, and compression.  It’s a great way to get a better sound from your drums and even your vocalists.  Try it out and see what it can do for you.

Looking for a COMPLETE GUIDE TO GATING?
Check out my free Ten-Minute Guide to Audio Gating.